LaVar Ball: ‘Who is Patrick Beverley?’ 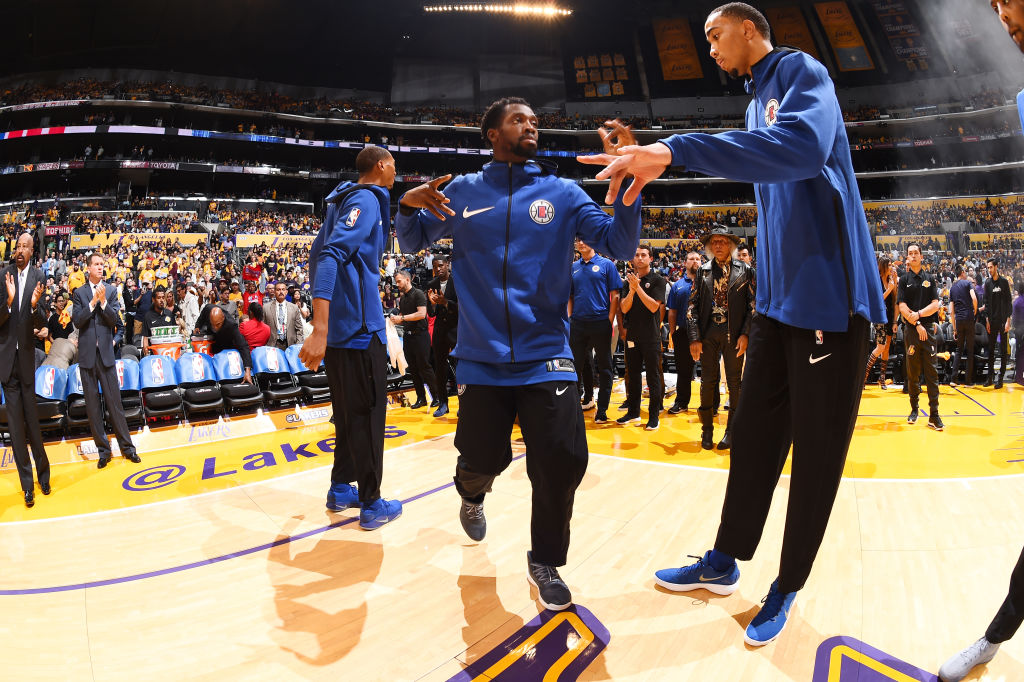 LaVar Ball, as is his wont, loudly clapped back at Clippers guard Patrick Beverley after he turned Lonzo Ball‘s NBA debut into a nightmare.

The elder Ball says Beverley may have won the initial battle with his rookie son, but that his name doesn’t truly resonate.

LaVar says Beverley tried to stare him down in 4th: 'Who is Patrick Beverley?… you still don't have your own shoe’ https://t.co/ODuEhnOwX0

So, yes, this is going to be a fun year in Laker Land.

“Yeah, you shut the m—–f—– down,” LaVar Ball told ESPN after the game. “And your check still ain’t going to go no higher than what it is. Yeah, you shut him down. OK … Who is Patrick Beverley? He played all last year and nobody said nothing about him. Now we are looking at your first game. Why? Because Lonzo’s name is attached to it.

“So you got to be [all hard],” Ball added as he slapped his fists together. “Let’s see what you do the next five games, if you are going to be pumped up towards everybody like that and go back to your 0-for-5 shooting and your two or three rebounds. Nobody is going to care about you. But you put my son’s name in it and you put my name in it, now you got some action and you got some people talking.”

Told that Beverley didn’t say Lonzo Ball’s name when he screamed on his way into the locker room, LaVar Ball said it didn’t matter. He said Beverley tried staring him down in his courtside seats near the Clippers bench during the fourth quarter.