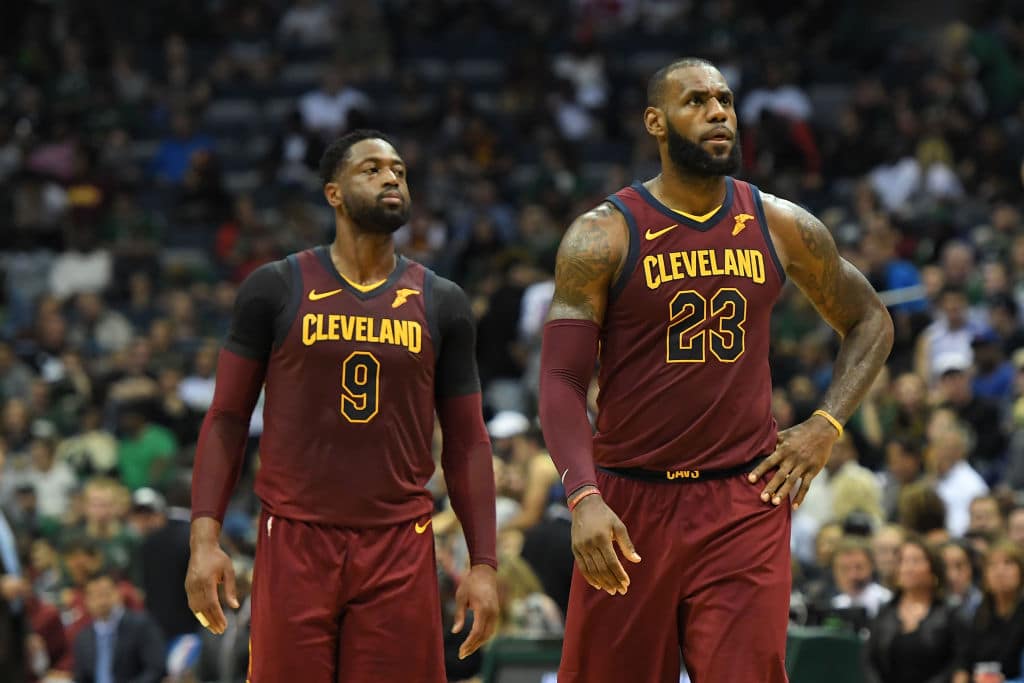 Dwyane Wade‘s arrival in Cleveland this season wasn’t universally welcomed by everyone in the Cavs’ locker room, a fact that “bothered” LeBron James.

Dwyane Wade's tenure in Cleveland got off to a rocky start. Now he is thriving as he transitions into a new role and a new phase of his career. We spoke about sacrifice, 15 years in the league and what he has left to give in my recent sitdown with him.https://t.co/wuVOFVop01

LeBron, however, quickly brushed aside his teammates’ concerns, asserting that he knows what the 35-year-old Wade can still contribute.

The 12-time NBA All-Star and future Hall of Famer has been a key contributor off the bench in Cleveland.

Per The Athletic (via The Score):

“There was a couple of guys with it,” James told The Athletic’s Jason Lloyd of Wade heading to Cleveland. “But it wasn’t a lot.”

“I still know what he’s capable of doing. Why wouldn’t you want another guy in the locker room that brings a championship mentality and a guy who can still play?” added James. “So, of course, it bothered me, but f*** it. It is what it is.”

Even if there’s still some lingering animosity towards Wade, James couldn’t care less.

“I don’t know,” James added. “But that ain’t my worry. We don’t care. We’re ego-less guys. That’s why we get along so well – myself, D-Wade, CP (Chris Paul) and Melo (Carmelo Anthony). We don’t really give a damn what people say and what people think. We just want to play ball and win.”

Related
Dwyane Wade: ‘No Better Place’ to Play Than Cleveland