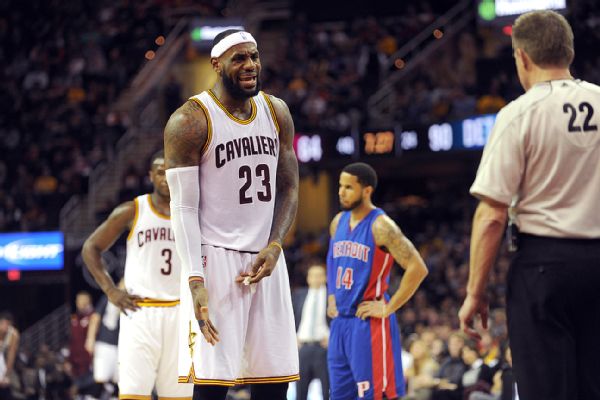 LeBron said the Cleveland Cavaliers (18-12) are simply not good enough at the moment.

The Pistons romped to a 103-80 win, raining down an incredible 17 three-pointers in the laugher.

The entire team played carelessly with the ball, leading to 17 turnovers. Players were getting beaten to loose balls and the team looked like it mentally checked out sometime in the third quarter. […] “I think it compounds quite a bit when we turn the ball over,” forward Kevin Love said. “Sometimes when that happens or when we let somebody get an easy bucket, we hang our heads. … We need to play better in front of our home crowd. It’s unacceptable.”

“Right now, we’re just not very good in every aspect of the game that we need to be to compete every night,” LeBron James said.

James has been in this situation before. When he joined the Miami Heat in 2010, the Heat famously began the season 9-8. By game 30 — where the Cavs are now — the Heat were 21-9, which is, of course, better than the Cavs’ current record, but these are also different teams. […] “We were a more veteran ballclub my first year in Miami,” James said. “Even though we went through our struggles, we were a veteran ballclub. Here, we’re a lot younger and less experienced.”