LeBron James on Dennis Smith Jr: ‘He Should Be A Knick’ 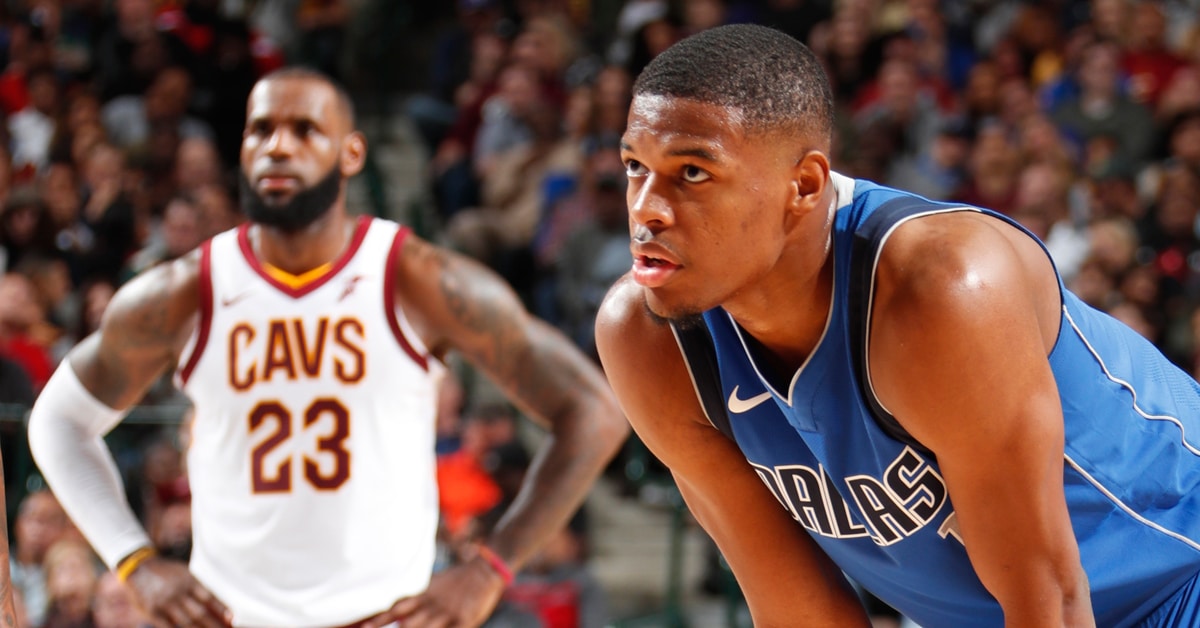 After facing Mavs rookie Dennis Smith Jr on Saturday, LeBron James said the Knicks made a mistake by not taking Smith eighth overall in the 2017 Draft.

.@KingJames with high praise for @Dennis1SmithJr following the @cavs 111-104 win over the @dallasmavs. #GameTime pic.twitter.com/dfODkvK0SY

“The Knicks passed on a really good one, and Dallas got the diamond in the rough. He should be a Knick.

“That’s going to make some headlines, but he should be a Knick.

“Dallas is definitely… I know they’re excited that he didn’t go there.”