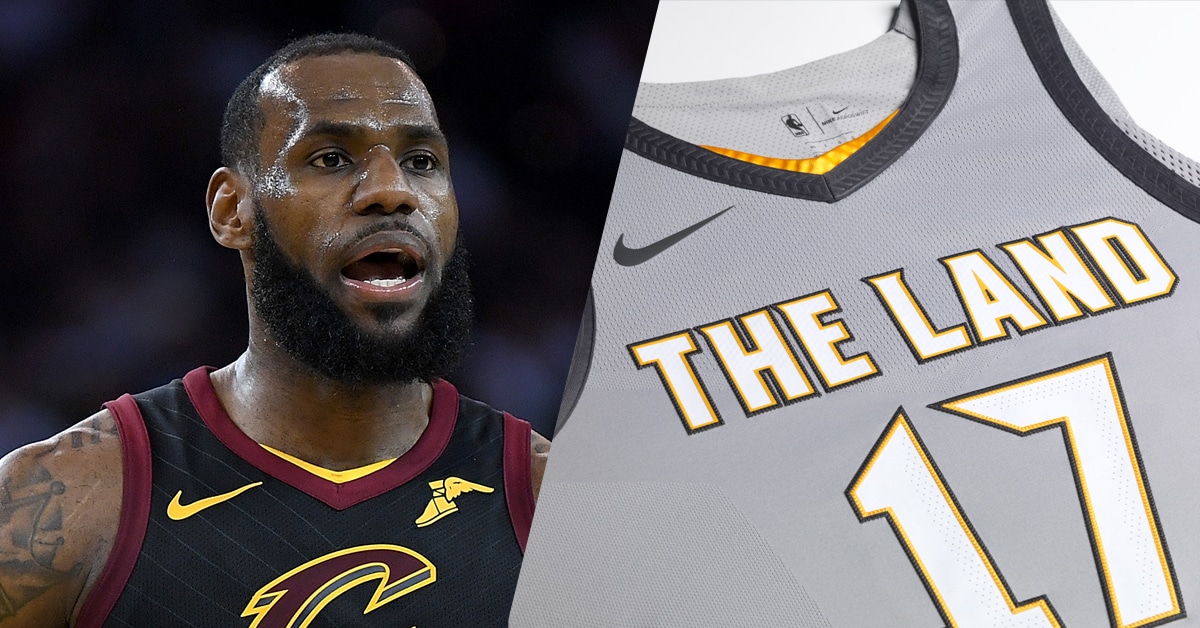 The Cavaliers unveiled their new “City” alternate uniforms on Wednesday, featuring a primary gray color scheme and “The Land” across the chest.

In an interview with ESPN’s Dave McMenamin, LeBron revealed that he was “a part of pretty much the whole process.”

LeBron had significant input in CLE’s new “The Land” uni. He told me he’s confident that once fans get over the initial surprise and see the Cavs wear them in games, they will become a popular alternative look. “The internet always hates on something different at first,” he said.

“They’re phenomenal. I was happy to be a part of it.

“I love the color scheme, I love the Ohio crest on the front of the shorts, I like the color combination of the gray with the gold in navy, you can do so many different [combinations].

“I was a part of pretty much the whole process. If we’re changing, we wanted to kind of change our logo and things of that nature.”

RELATED:
Nike Unveils the “City” Uniforms for All 30 Teams