LeBron James: ‘I Will Not Show Any Weakness’ 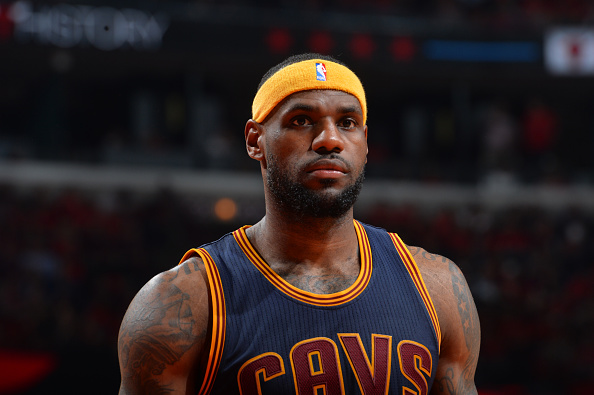 LeBron James and the Cavaliers are down 2-1 in their Eastern Conference Semifinals matchup with the Bulls, and await Game 4 today in Chicago. If Cleveland thinks about panicking at all, LeBron says he won’t ever waver—won’t ever show any negative emotions around his teammates. Bron says he’ll stay strong around his teammates no matter what he’s thinking, win or lose.

From Brian Windhorst of ESPN:

In the wake of a devastating loss at the buzzer to the Chicago Bulls on Friday night, LeBron James said he’s determined not to show weakness around his Cleveland Cavaliers teammates.

The Cavs, who now trail the series 2-1 heading into Sunday’s Game 4, have experienced some misfortune over the last two weeks. They have lost Kevin Love for the season to a dislocated shoulder and now have seen Kyrie Irving become limited with a foot injury that contributed to Friday’s loss, when a well-covered Derrick Rose banked in a 3-pointer to give the Bulls a 99-96 win.

“It’s an emergency every playoff game. As the leader of the team, I can’t be down about anything,” James said Saturday after the team had a film session.

“Even though I hate losing — it was tough for me to sleep last night — I’m not going to be shattered, not around these guys. They need my leadership more than ever, more than anybody on the team. I will not show any weakness.”