LeBron James: ‘I’m Out of Shape’ 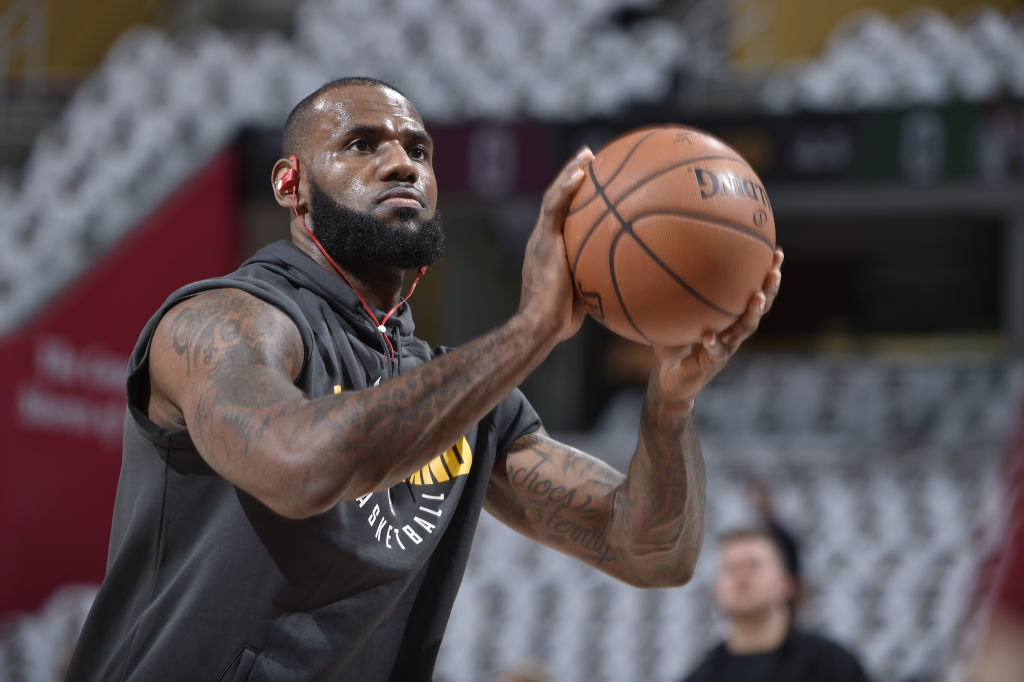 LeBron James says his preseason ankle and foot injuries left him out of shape heading into Opening Night.

James, who led the Cleveland Cavaliers to a season-opening 102-99 win against the Boston Celtics, shook off the lack of conditioning by submitting a statline of 29 points, 16 rebounds and 9 assists.

New story: LeBron will play Friday and as he and the Cavs try to get back into game shape https://t.co/fw8toc0CBU

LeBron is looking forward to getting in shape by playing in back-to-back games.

“I just want to get to where I should be,” James said after participating in the Cleveland Cavaliers’ practice Thursday. “The ankle and the foot injury just kind of kept me out and set me back further than I would like, but I got some time now along the course of these games that we got. We got two back-to-backs coming up, so that’s going to help and we have some opportunity to get some practice time in as well.”

James missed four of the Cavs’ five preseason games, but it hardly showed in the Cavs’ 102-99 win over the Boston Celtics on opening night. James had 29 points, 16 rebounds and 9 assists, but still called out his own conditioning following the game.

“I’m out of shape, very out of shape for my expectations,” James told TNT’s Kristen Ledlow during his on-court postgame interview Tuesday.