LeBron James Informed Kevin Love He Was Starting at Center 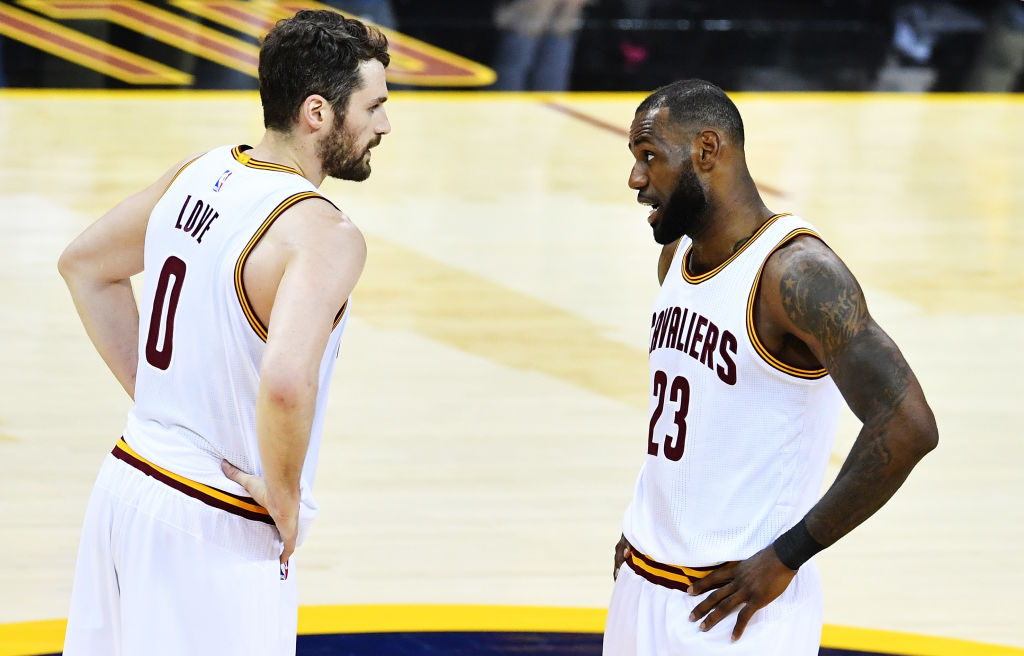 LeBron James is the one who broke the news to Kevin Love that he’s now the starting center in Cleveland, before head coach Tyronn Lue informed the rest of the Cavs.

Love says he learned of his new role during a casual chat with James.

Lue moved Tristan Thompson and JR Smith to the bench during the preseason.

“I guess it wasn’t really presented in the first place,” Love said in an interview with ESPN before Tuesday’s 108-94 preseason loss to the Chicago Bulls. “I knew there was a possibility that I may or may not be playing more of the 5.”

“But a funny thing happened the third day of practice,” Love explained. “I had asked about a certain play on the defensive end and whether it was the different coverages on the 4 or 5 man, and ‘Bron kind of stopped me and goes, ‘You know you’re gonna be starting at the 5, right?’

“So I kind of looked at him and didn’t really fully understand that was going to be the case. Not that I would have trained or done anything different. I just would have started wrapping my head around it more. So that’s when I kind of knew that was coming into play, and I slowly and surely started to pick it up.”

Related
Tyronn Lue: Kevin Love to Have His Best Season in Cleveland