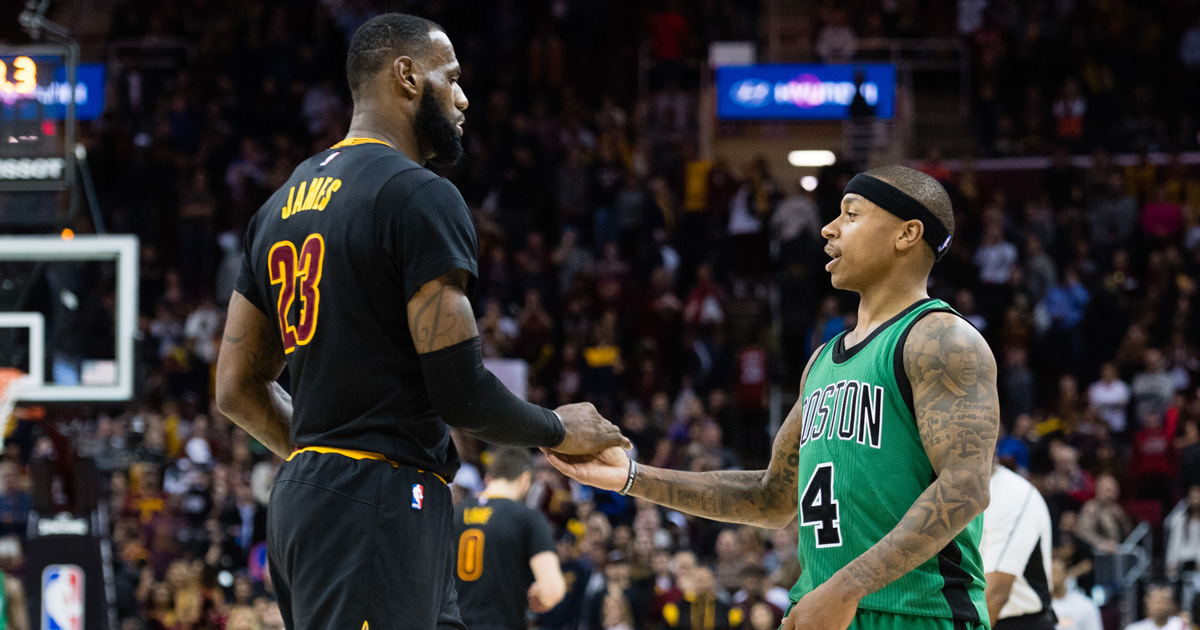 A common perception of the Boston Celtics is that they’re a superstar short of competing for a championship.

James talked glowingly this week about the 5-9 Thomas, who’s fifth in the League in scoring at 27.7 ppg (shooting 45 percent from the field).

Prior to the Cavs-Celtics clash on Thursday night, LeBron James raved about the pint-sized Thomas, comparing him to former NBA guard Damon Stoudamire.

“They got a clear-cut star and that’s Isaiah,” James said. “The notion that they don’t have a star I think is fugazi as Donnie Brasco would say. Earlier I was watching the movie. So, they’re a good team for a reason and it starts with the head of the snake and that’s Isaiah.”