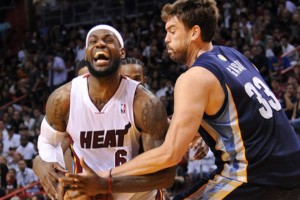 Ever since Marc Gasol was named the NBA’s Defensive Player of the Year, there has been no shortage of complaints.

Dwight Howard claimed that Serge Ibaka was robbed; Manu Ginobili (unhappy with Tim Duncan finishing 6th) pushed forward the idea that instead of the media determining the award, players should be the ones voting.

LeBron James says that it “sucks” he came in second to Gasol for the DPOY trophy.

“It sucks,” James said. “It sucks. It sucks.” James was asked if his candidacy for other awards — notably the MVP — hurt his chances. “I don’t know,” James said. “It definitely sucks, though. Finishing second? Who wants to finish second?”

Was this his best defensive season?“Probably,” James said. “I mean, I guard everybody on the floor. I don’t know if there’s one player in NBA history who’s guarded one through five (positions). It’s over with now, but that’s cool.”

LeBron James is the League’s most versatile defender — head coach Erik Spoelstra has unimaginatively nicknamed him “One Through Five” — and was certainly deserving of the award this season. Marc Gasol may have benefitted from voters not wanting LeBron to win everything, and the advanced metrics seemed to favor the Grizzlies’ center.

The Miami Heat superstar will just have to settle for the MVP again. Not a bad consolation prize, all things considered. 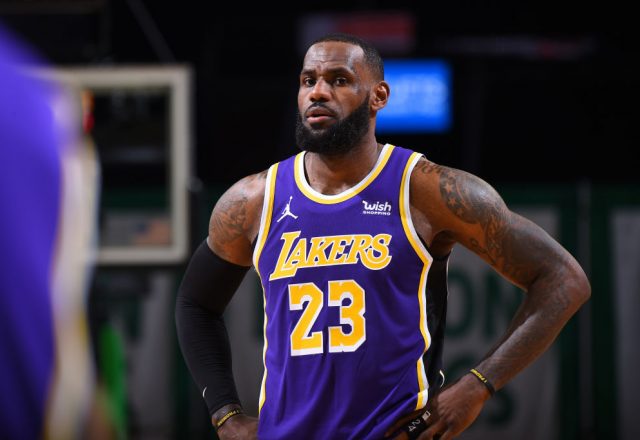