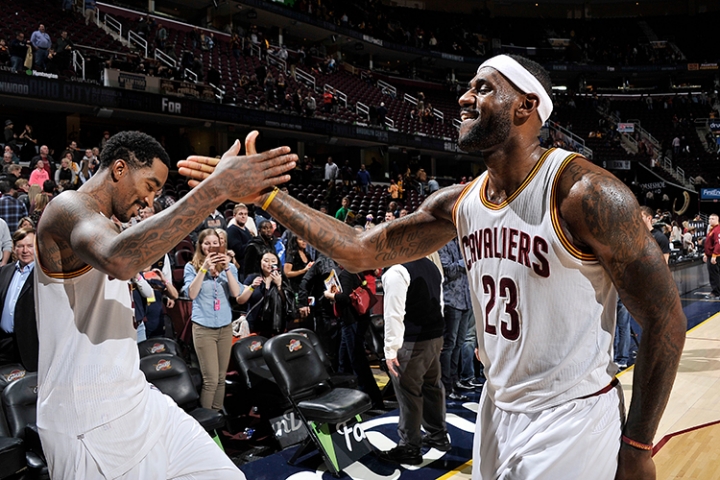 LeBron James has taken on the role of Strict Dad for the Cleveland Cavaliers this season, making his teammates clean up their look on and off the court, putting an end to frivolous pregame intros, and pushed for a ban on Hoverboards (sorry, J.R.)

Despite an Eastern Conference-leading 13-4 record, James has repeatedly blasted the Cavs for the suspect play, and continues to apply pressure on his guys whenever he sees fit.

LeBron began overhauling the team’s culture after they fell to the Golden State Warriors in the NBA Finals last summer.

In mid-October James questioned the culture of the team, leading to internal changes when it came to professionalism and promptness. It was all addressed in a team meeting before the regular season tipped off. […] Those Hoverboards some players cruised around on through the corridors of The Q during The Finals and during preseason play, the organization banned them from the arena, cleveland.com was informed.

“I think it starts with how you dress off the court,” (Tristan) Thompson said. “This is a billion-dollar business. When the front-office people come to the games, they come in suits, or slacks, or dress shirt or nice-cut jeans. I think it’s the same way with us. Just because we’re the guys that put the jerseys on, doesn’t mean we can’t clean up nice. At the end of the day, you’re a professional and you have to represent yourself.

“It’s sad to say, but some judge a book by its cover,” Thompson continued. “So if you think about a prototypical athlete, you think about a guy that’s a jock. You think he doesn’t know much. He’s somebody who has God-given talent but doesn’t really know anything else. But we’re trying to change that whole culture, especially myself. I take that real personal. You don’t know whom you’re going to meet. If I meet a gentleman for the first time, he may not know much about me but that I play basketball. If I dress nice, dress maybe even better than him, it gets his attention that I’m serious.”