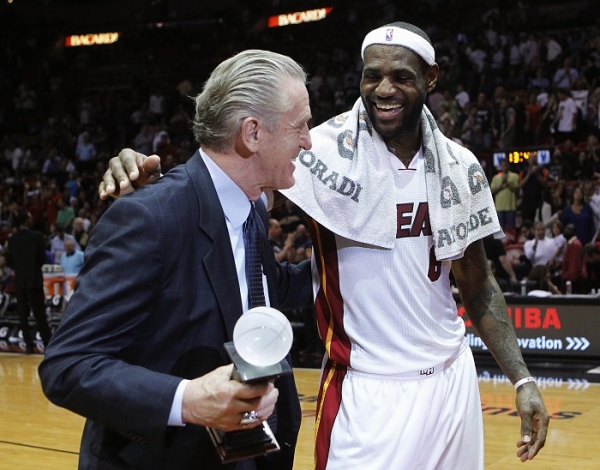 Sometime in the next few days, the Miami Heat will get one more chance to convince LeBron James to stick around South Beach. James’ agent Rich Paul and Heat president Pat Riley are in the process of setting up a very crucial meeting. Per USA Today:

James is a free agent, and the revelation that he will be sitting down with Riley soon is surely comforting to Heat fans who have every reason to wonder if he may be heading elsewhere soon.

Paul recently had discussions and meetings with the Cleveland Cavaliers, Phoenix Suns, Houston Rockets, Dallas Mavericks and Los Angeles Lakers about the prospect of James joining their respective teams. The specific date, time and location of the meeting are still being discussed.

Riley’s challenge, ironically, is somewhat similar to the one given to former Cavaliers general manager Chris Grant in 2010. Without any commitment from James, Grant was under monumental pressure to improve a roster that simply didn’t have enough support for the best player in the game. At present, Riley has only Norris Cole under contract and informal indications from fellow free agents Dwyane Wade and Chris Bosh of what they may — that’s the key word — be willing to accept to return.