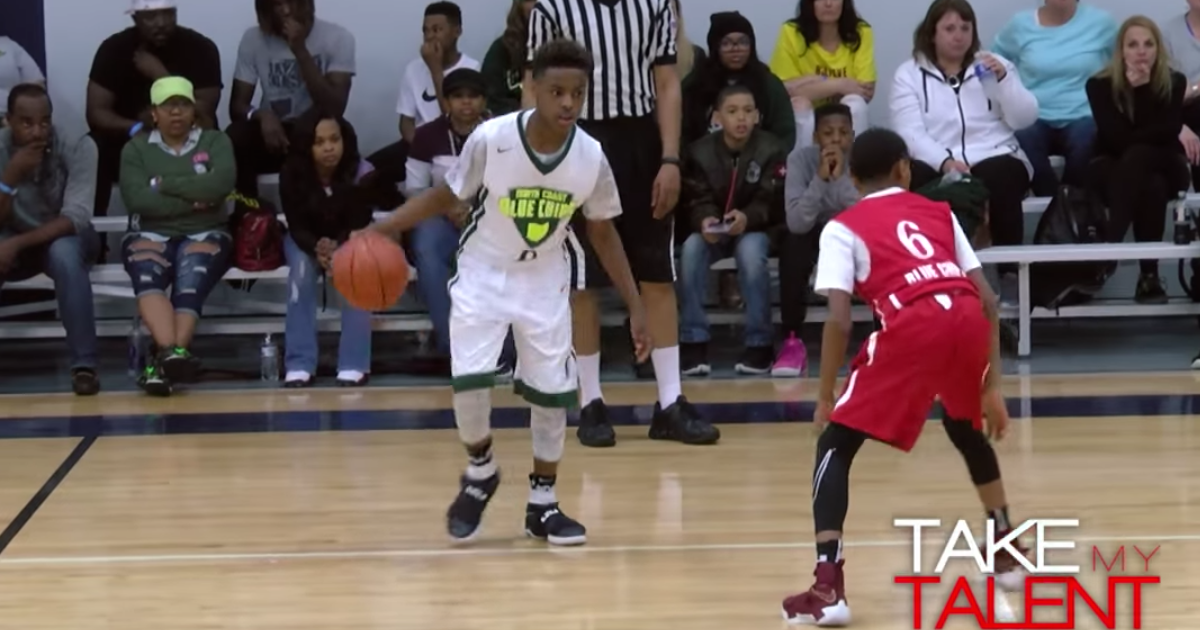 A video of 12-year-old LeBron James Jr hooping at the 2017 John Lucas All-Star Weekend showcase in Houston this past weekend hit YouTube on Monday and it displays the oldest son of King James putting on a impressive performance, splitting the defense with his crafty handles, finding the open man with his superb court vision and hitting deep jumpers from behind the arc.

On Monday The Cleveland Plain Dealer also posted an interview session with LeBron in which the proud dad said he didn’t handle the ball or shot as well as his son does at the same age.

“I didn’t handle the ball as well as he does,” James said about his son. “He handles the ball exceptionally and he shoots it a lot better than I did at that age, but I’ve always had the ability to pass the ball. It’s good to see him doing it as well.”

According to the same report, LeBron Jr wears No. 0 in honor Russell Wetbrook, his favorite player.