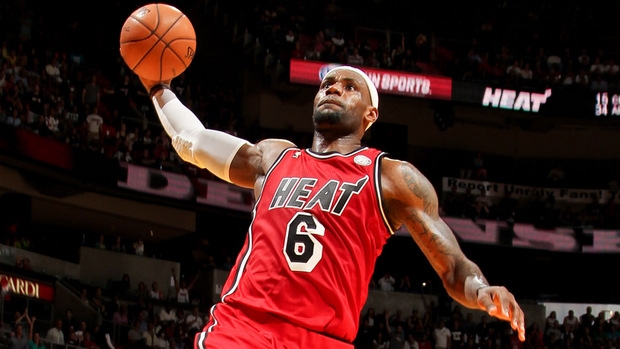 After putting on a jaw-dropping dunk show after the Miami Heat’s practice on Monday, LeBron James stated that he would win the NBA Dunk Contest if he ever entered (which he won’t.) Troll hard, LeBron. Troll hard.

Someone asked Wade today how LeBron would do in the dunk contest. LeBron cut in and answered for Wade: "I'd win."

Wade on if LeBron were in the dunk contest: "It'd be one of the most watched events of the year besides the Grammys."