LeBron James Says Kevin Love Will Get His Touches 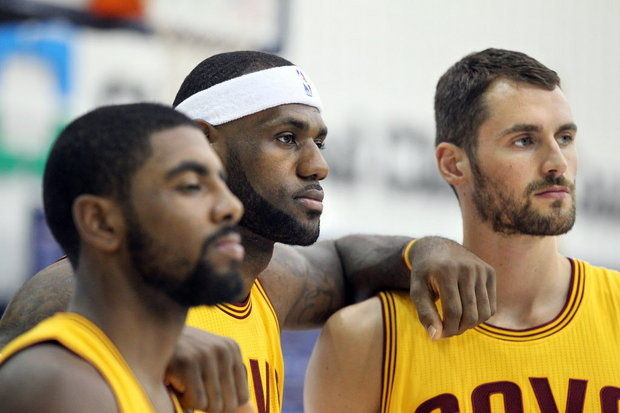 A couple of days after Kevin Love said he needs the ball inside the paint more often in the Cleveland Cavaliers’ offense, LeBron James and head coach David Blatt addressed the All-Star’s comments.

LeBron downplayed the possibility that Love – who put up 14 points a game during the preseason, on 48 percent from the field and 43 percent from three-point range – was unhappy with his role, while Blatt promised that he’d get the ball all over the court.

“I think we are all going to go through an adjustment and less touches than we would like. Anytime one of us says something it will get blown out of proportion and I think that got blown out of proportion,” James said following practice on Friday. “I read the clips of what he stressed. The first thing you see is Kevin Love wants more touches and is unhappy, but I’ve had zero reaction.”

“We will get him down in the post more because he is efficient and effective there,” coach David Blatt said. “Kev will get his share of touches and all-over-the-floor opportunities.” […] “Kevin is fine. That is what the preseason is all about,” Blatt said. “The last thing I worry about with Kevin is his shooting. He’s done a very good job defensively in the preseason, which was a concern people had about him. He’s a great player and I’m not concerned whether the ball has been going in consistently or not for him. It will.”