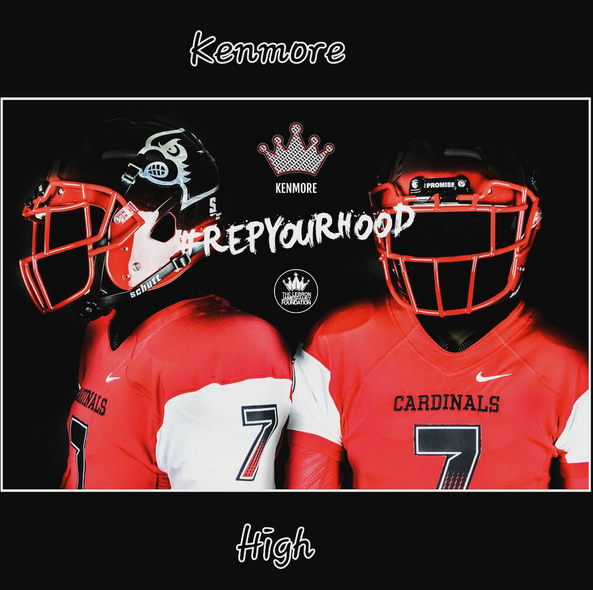 Santa LeBron was at it again Tuesday, gifting the Kenmore High School football squad with a fresh batch of uniforms.

James’ gift (literally) fell out of the sky, as the new threads were delivered by a chopper.

@KingJames Thanks sooo much for our new gear at kenmore high football. As an alum and a coach THANK YOU! #IPROMISE pic.twitter.com/yq2nwMruAT

Sparkling helmets and shiny new threads went to the Cardinals on Tuesday night during an emotional drop at the University of Akron, when a chopper carrying the goods landed on campus as the team awaited.

“This is amazing,” Kenmore senior Dorell Daniels-Vaught told the Akron Beacon Journal. “It is a blessing to get something, especially with where we go to school. We really don’t have too many opportunities for a lot of things to happen to us. A lot of bad publicity usually happens, so it is nice to have these changes and good publicity.” […] Kenmore football coach Kemp Boyd teared up as he addressed his team during the drop, and his players were apparently grateful.

James, who is en route to the Philippines for the start of his annual Asian tour with Nike, was not there for the uniform drop. But his wife, Savannah, and sons LeBron Jr. and Bryce, were on hand, and James shared a photo of the Cardinals’ helmets and uniforms on Instagram.