LeBron James on Extending His High Level of Play: ‘I Want to Break the Mold’ 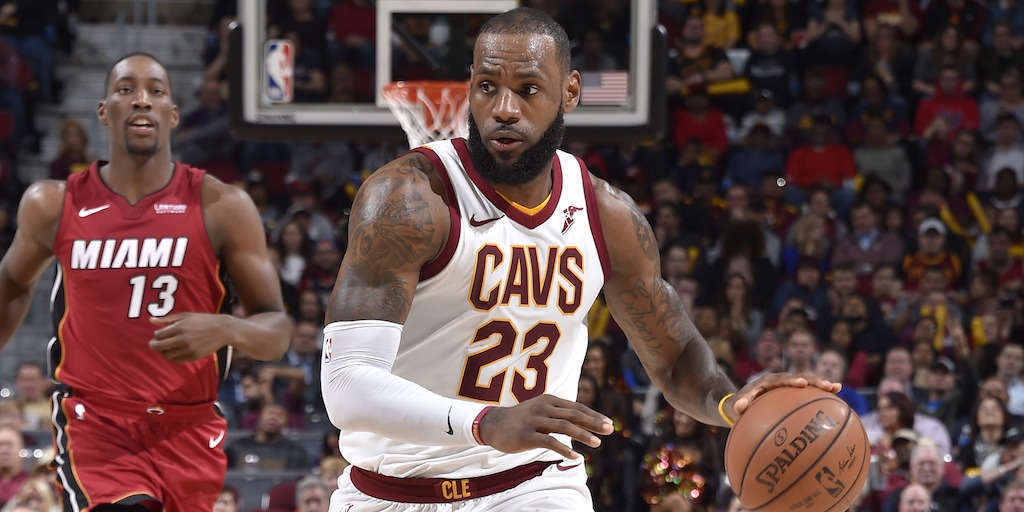 LeBron James is 15 years into a legendary, first-ballot Hall of Fame career. He’s shown no signs of slowing down his dominant play, even with nearly 50,000 minutes of playing time on his legs. He’s averaging a career-highs 9.1 assists this season, to go along with 28 points and 8 rebounds per game. And he’s playing 37 minutes per game, too.

James talked about how he wants to “break the mold,” and prove that he can extend his prime well into his 30s. More of his quotes, from ESPN:

“I feel good. This is my 15th year, but this is one of the best years I’ve had as far as how I feel, and I want to continue that. I want to kind of try to break the mold for the next generation. So just take the narrative out of, ‘OK, you’re past your prime when you get [to] 31, or you’re past your prime in your 12th year in the league, or whatever the case may be.’

“Listen, I want to break the mold of guys, of the stereotype of this prime thing. I know what I’m doing has not been done a lot in the history of the game, even at my age. And you look at the minutes I’ve played and the consecutive Finals I’ve been a part of, just the toll on my body, it hasn’t been done. So hopefully if there’s a kid [who] can make a huge impact in this league, and it could be 10 years, 12 years, 15 years, whatever. I’ve been fortunate enough to be able to start my journey a lot earlier. Who knows? The [NBA draft eligibility] rule could change. We’ve been talking obviously with the NCAA to to see if the rule could change and high school kids are able to come back into the league early. We’ll see.”