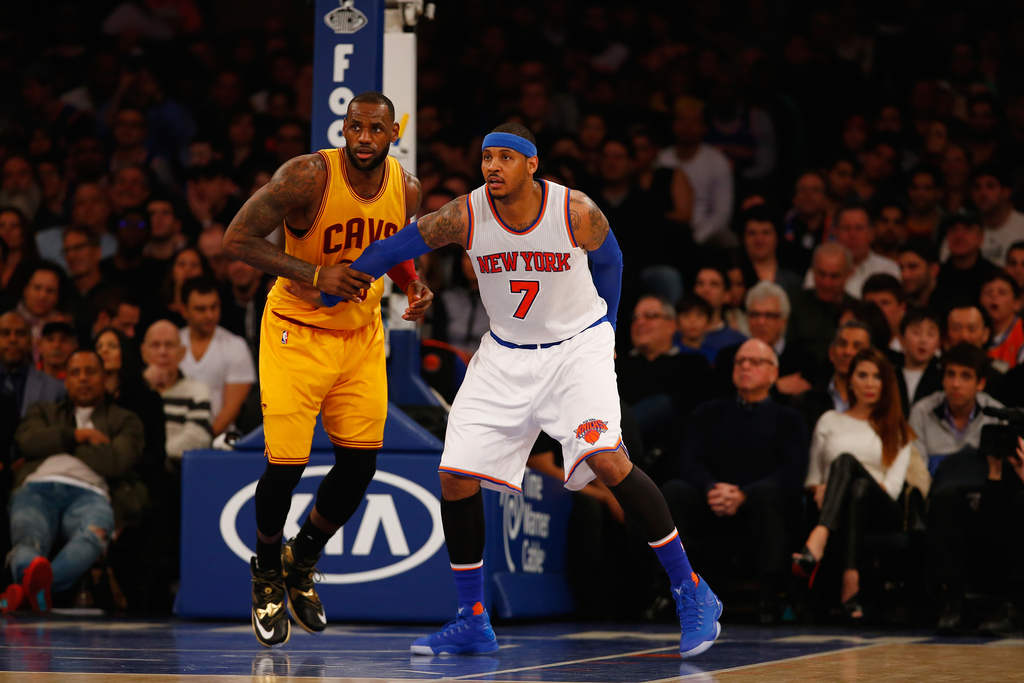 It’s no secret that LeBron James wants to play alongside his best buddies in the NBA, but when it comes to whether or not he recruited Carmelo Anthony this summer, James isn’t saying.

The two superstars will face off tonight, as the Cleveland Cavaliers get their championship rings.

Melo and the New York Knicks haven’t made the Playoffs since 2013.

“We have a lot of conversations,” James said Tuesday of his relationship with Anthony.

Did any of those talks center on Anthony coming to Cleveland? […] “Maybe. Maybe not,” James said.

Money isn’t the only obstacle. And it gets more complex with Anthony. He’s not a free agent. He won’t be until the summer of 2018, at the earliest. The same goes for James if he chooses to opt out of his contract early. Any possibility of bringing the lethal scorer to the Cavaliers prior to that would include a trade, a significant shakeup of the Eastern Conference’s best team and reigning world champions. It would most likely include (Kevin) Love.