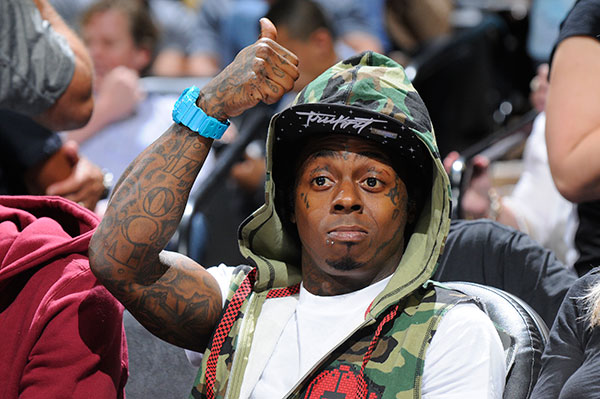 Lil Wayne, who once feuded with LeBron James and celebrated with the Mavericks after they beat the LeBron-led Heat in the 2011 NBA Finals, has dropped a new track dedicated to the Cavs as they chase a title.

Titled “Off Off Off” and produced by Ben Billions, the track shouts out every player on the Cavs–except for Sasha Kaun and Dahntay Jones.

Peep the song above and listen to the lyrics below:

The kid got State Farm insurance

That three point from JR’s the purest

We got that play hard endurance

We here to stay, all the tourists

The king on his throne, now it’s on

He driving this shit, all his dishes be clean

What was that son? That was swish

Shoutout to Shumpert and Trist

They got the rebounds and defense

Stop all that crying about Delly game

Y’all been down with T. Lue since he was wearing braids

Here comes the fast break, just get out the man’s way

As soon as he dunking we all feel the worst shape

The city on his shoulder like barbell on strings

The king want his crown back, he never took it off