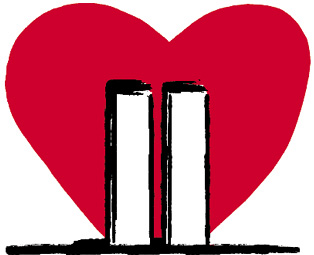 With as much time as we SLAM staffers spend reading and posting and commenting on our own website, you SLAMonline regulars probably know the SLAM staff well enough that by now you could take attendance if need be. But there are a lot of people who are absolutely crucial to making each issue of SLAM happen who you probably know very little about. Those of us on the editorial side of the mag are the ones always hanging here on SLAMonline. Our job is to fill each magazine and web page with the best content we can come up with.

Most of the people you don’t much hear from are our on publishing side. In the magazine world, the publishing side are the people who handle business-related stuff. This means they’re making sure the magazine gets good placement on newstands, trying to find ways to make the SLAM brand stronger and, most relevantly to you guys, they sell all the ads in the mag and on the site.

This brings us to Andrew Pitagorsky, or, as we all call him around the office, Pitt. Pitt’s been on the SLAM team for about three years now, and the dude can sell water to a well. I started working closely with him a few years ago when we first started revamping SLAMonline.com. Pitt and I became friends and discovered we lived within walking distance of each other, which has spawned the occasional impromptu post-work video game tournament. (By the way, Pitt, you still owe me two lunches.)

Anyway, I’m here today talking about Pitt because after he lost two loved ones in the 9/11 tragedy, he and his friend Adam Zaslow decided to take their pain and make something positive from it, so they founded the ASZ Charity.

“The ASZ Charity was started really a little over 2 years ago,” Pitt says. “In 9/11, I lost my stepfather — Will Spitz (The S) — and my brother-in-law — Josh Aron (the A). A friend of mine from an old summer job lost his dad as well — Ira Zaslow (the Z in ASZ). The two of us always had a common bond: Our love for basketball. We knew we wanted to do something to honor their memories and give back to the community that helped us so much when we needed it. We had this vision that we wanted to change some kid’s lives for the better — even if it was just for 10 minutes. There is something about creating a memory for someone. People say that you tend to forgot what people say or do, but you will never forget how they make you feel. We wanted to create that kind of atmosphere.”

“And we wanted to to honor the memories of our lost loved ones by doing something that they would have done anyway,” Pitt continues. “They were the type of guys who donated to charities and always thought of how to help others. We wanted to keep that going in a special way.”

This weekend from noon until 3 over at Baruch College here in the City, they’re starting to give back. The A.S.Z. Charity is teaming up with Tuesday’s Children and The Boys and Girls Club of New York. Children ages 8-14 will represent the organizations by participating in a wide variety of basketball drills and competitions. They will be coached by some of New York’s best college coaches, including Columbia, St. John’s, LIU, and their respective players.

Great, you’re thinking, but why should I go? According to Pitt, there’s a prize raffle with a “lot of dope stuff,” including Knicks, Nets, Rangers, Mets and Yankees tickets, autographed merchandise and basketball gear.

You’re interested, right? But you live in Cali or Australia or some equally far-off place. How can you help?

“People can help by coming down to Baruch College on Saturday, September 29th in the Gym. Entry is $10 at the door and raffles will be sold for some really amazing prizes. If you can’t make it to the event you can always make a check out to ASZ Charity Inc, to be sent to…
ASZ Charity Inc.
260 West End Ave, #4B
NY, NY 10023
And all donations are 100 percent tax deductible.”

Thanks, Pitt. And for all of you out there who are able to either make it through or give whatever you can, thanks to you, too.