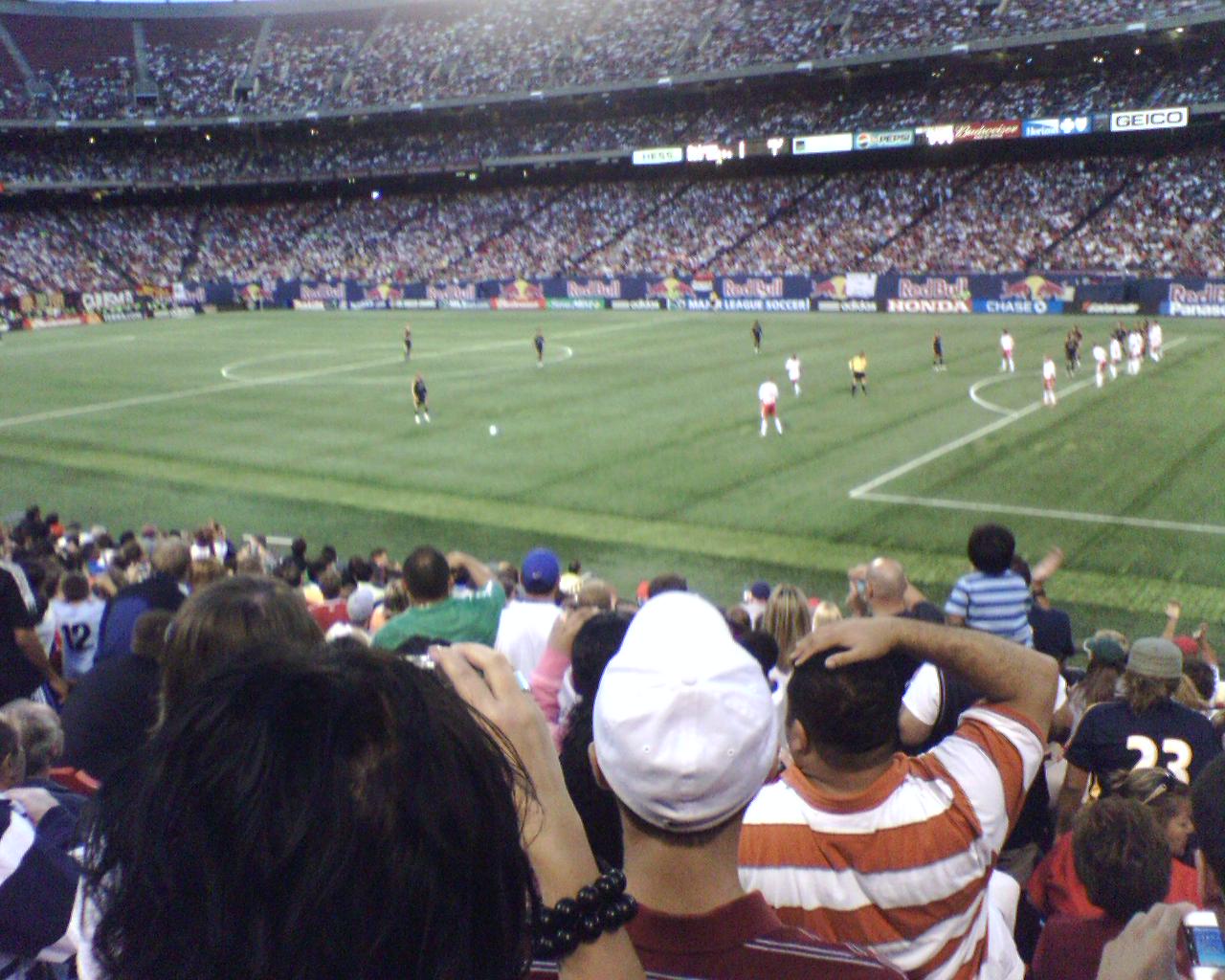 I had a friend email late last week and ask how my week was going, and the only way I could think to accurately respond was by writing “Looooooooooong week.” I know that “looooooooooong” is not a word, not officially, but that’s what last week was like. We were finishing a new issue of SLAM, which meant lots of reading and writing and interviewing people and proofreading. By Friday night, I was so wiped that I went home a little early and slept on the couch for about three hours.

We’re still not done with SLAM issue 112, but the light at the end of the tunnel is visible. And I’m sorry I had to check out on you guys, but things had to get done.

HOWEVA, I have managed to stay sane by engaging in a variety of things on the side. A few news and notes…

• After waking from that wonderfully long nap on Friday, I went to see the late showing of Superbad. You guys might remember when I linked to the unrated trailer a few weeks ago, and despite a bad experience with the last Apatow film (Knocked Up), I’ve been wanting to go see it ever since.

(Aside: Sam and I saw Knocked Up in Cleveland during the NBA Finals, and even though we both laughed a lot, I felt betrayed by the message of the film: Basically, a guy has to abandon his friends, become all aspirational and get a 9-to-5 job in order to have a fulfilling life. Sure, they hid the message inside talk of fantasy baseball and nudity jokes, but that really was the point of the movie. To sum up, they made a movie with a resolution that every woman in the world would love and then pretended it was a movie for men. So guys probably went to the movie with their girls, expecting a few laughs, then came out with their women saying, “See, I told you so.” Thanks for selling out the men of the world, Apatow and Rogen!)

So I was a bit apprehensive going in to see Superbad, because I wasn’t sure if I was being set up for another bait-and-switch: Perhaps the point of this one would be something equally nefarious, like men need to give women all their money or maybe men should concentrate on doing more housework. And they did indeed pull another bait-and-switch, although this time the movie was really about the power of friendship between guys. Superbad was really funny, with a lot of amazing throwaway lines.

• Saturday night I went out to Jersey courtesy of our friends from adidas in order to see David Beckham’s MLS starting debut. I’ve been to a lot of MLS games in the past, but not in a few years—I think the last match I went to may have been Freddy Adu’s New York debut, when he scored a goal for DC United. MLS games at Giants Stadium just aren’t fun. The stadium holds like 80,000, but the average attendance is around 10,000. If they played in a stadium that held 11,000, the games would surely feel more important, but at Giants Stadium the games can feel like you’re in a soccer wasteland.

This wasn’t a problem Saturday night, as 66,000 people showed up to see Becks play. I went because I like the Red Bulls, but also because I like Beckham. Say what you want about his celebrity and his wife and all that, but the truth of the matter is that he’s a very good soccer player. He’s not the best scorer or defender, but I’ve always held that he might be the best passer in the game.

Most of the people sitting around me were almost solely watching Beckham as he jogged around the pitch curling balls to cutting players. And the game was exciting from the get: After 10 minutes, L.A. was ahead 2-1 and Beckham had both assists. Even though he was obviously still hurting from his bum ankle, he looked like he was playing against a bunch of 10-year-olds. (Of course, being MLS, it’s entirely possible that the Red Bulls back line was comprised completely of 10-year-olds.) The goals went back and forth, and the Red Bulls scored late to take it 5-4.

It was such a fun and entertaining game that I wondered if perhaps MLS had fixed the game, knowing that they’d have a huge crowd there along with many first-time MLS viewers. Then I realized that this would make too much sense. Despite their stability and relative success thus far, MLS still makes a lot of weird moves. (For instance, nice how they still don’t own mls.com even though the league’s been around for over a decade now; the mls website is mlsnet.com. Can you imagine the NBA or the NFL or even the NHL not owning their own domain name?)

For all their missteps, signing Beckham has been the best thing that ever happened to MLS. He might not make America into a soccer nation, but MLS has already received more attention than in their previous decade combined. And if every game had that many fans and that level of quality, I’d buy season tickets. Now MLS just needs to make sure the Galaxy win some games.

• Speaking of soccer, I’ve been spending an inordinate amount of time lately playing FIFA 07 online on my new PS3. I know, FIFA 08 is out in less than a month, but I’m an addict. I’ve been doing owner modes for the last few months, taking over various second division teams around Europe and getting them promoted to the top leagues. I played so many games against the computer that I figured I’d at least be competitive online, but I lost my first 5 games against other humans. I only got blown out once (4-0), losing each of the other four matches by one goal apiece. I finally had a lead in a game and was about to win when my PS3 froze up, meaning I had to restart the game and take a loss and a Did Not Finish to my profile, and then I finally got a win.

So now my profile lists me as 1-0-6 with a 14 percent DNF rate. When I went on to play Saturday night, about ten people shot me down and refused to play against me. I finally got someone to play against, and his connection was mad slow and then he quit on me.

Suffice to say I can’t wait for FIFA 08 to come out.

• Tomorrow morning I’m back on the road for a few days, and I’ll be posting from out there.