Links: Tweeting around the NBA 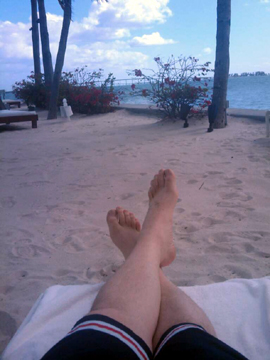 OK, so I’ve been away for a minute. Last week, after we finished SLAM issue 128, I took off for Orlando, Florida, where I haunted Braves’ Spring Training for a few days. Not for fun, though it was kinda fun, but I was there because I have a little extra work to do. Besides, I just wrote another SLAM cover story for 128, which means I’ve done 3 of the last 5 cover stories, and I needed a little break from things.

From Orlando and my magnificent room at the Marriott Generica, I loaded up my rental car and drove to Miami, where I spent the last three days watching random NCAA tournament games while typing up notes from my Spring Training adventure. And doing a little (or a lot) of this:

During my break, I did not post anything on SLAMonline.com, obvs, but I did write a couple of things on my Twitter account. (Hey, if I could post to The Links with my phone, I’d be all over it.)

I use Twitter not only to interact with you guys, but also to share thoughts and ideas, and to keep up with NBA beat writers (like the NYT’s Howard Beck) and NBA coaches (Alvin Gentry in the house). And, of course, NBA players. Last week I was emailing with SI.com’s links guru, Jimmy Traina, about NBA players who have Twitter accounts. Jimmy asked if there was a reliable list of guys who post on Twitter.

Because for a while there it was like the Wild West. Everyone thought Nate Robinson was on Twitter, until Jones On The NBA got after him. And then the New York Times’ Howard Beck and I asked Nate if he was on Twitter one night at a Knicks game and he’d obviously never heard of it. (“Tweets? Twister? What are you talking about?”) So not everybody is into Twitter — this story
in the OC Register about Twitter refers to the site as “Tweeter” — but I’m into it. And a lot of NBA guys are into it.Not only does it allow them to speak directly to their fans, but it allows us, fans of the NBA, to see what they’re up to away from the court.

So here are the guys we know are real…

• The granddaddy of all NBA twitter users is Shaq, who has not only famously given away tickets through Twitter and had lunch with fans thanks to Twitter. Shaq’s currently approaching a mind-boggling 1,000 tweets.

• Kobe Bryant has nearly 5,000 followers but, and this probably shouldn’t come as a surprise, he doesn’t follow anyone. That includes his teammate Derek Fisher, who’s been Twittering for a month, albeit infrequently. And his teammate Sasha Vujacic, who’s only done 10 updates, though with increasing frequency.

• Baron Davis is a recent convert but is obviously enjoying his Twitter experience, even if I had to explain how @replies work to him…

@Baron_Davis
Can anyone out there hear me
9:00 PM Mar 12th from TwitterBerry

@langwhitaker
BD! Get Chad to show you how to look at your @replies. I’m willing to bet you’ve got a few messages in there from ppl.
9:55 PM Mar 12th from twidroid in reply to Baron_Davis

@Baron_Davis
Ok good I’m glad yall can hear me. This is new to me, I need some suggestions on what yall wanna hear from me? Lang wut up
10:31 PM Mar 12th from TwitterBerry

• Chris Bosh is also a very regular tweeter, though he’s mostly used Twitter to promote projects he’s working on. Though not always…

Having the team over my house for dinner. My mom and folks threw down!

• Charlie Villanueva tweeted at halftime last week. But he also talks about trips to the grocery store…

Got back a while back, but I took a little nap. Whole Foods came thru. I always thought it was spelled with an ‘S’ at the end of Whole.

@KatDeLuna Dimelo migente, lets get this Dominican connect going. I got some summer projects you’ll like. Palante! A quién contacto? Send DM

• Tyson Chandler is well worth following. He not only tweeted throughout the trade deadline, when he was sent to Oklahoma City and then sent back, but he also gives little details from his personal life that are pretty funny….

So my wife bought 2 Britney Spears tix the only 1’s available were the V.I.P experiment …So guess who had 2 go? I’m standing in line …

• Jason Richardson signed up right before All-Star Weekend. Which, unfortunately, meant one of his first tweets came just after getting arrested for allegedly driving 90 mph in a 35 mph zone. Which meant on Feb. 15, he posted…

Glad allstar coming to an end. A lil tired from all the events, but it was cool to see the fans. Amare Matt n I having a party 2night

And then on Feb. 18, in his first update after the incident, he wrote a sobering tweet…

Thanks for all the love and support thru this tought time I’m goin thru. God Bless.

• Over a month ago, Shaq tweeted that he was trying to get Steve Nash to sign up on Twitter. I guess he did, because Nash signed up. He mainly uses Twitter, however, to promote stuff he’s working on or involved with, like his VitaminWater ads or his kids foundation.

• Troy Murphy signed up before the All-Star Break, but he didn’t fully utilize his account until the last few days, when he’s gone crazy tweeting green…

Can we call him Captain Planet from now on?

• Murph’s teammate Danny Granger was also way into Twitter…and then he wasn’t — no updates since All-Star Weekend.

• Same story with Dwight Howard — he tweeted throughout All-Star then dropped off the face of the internets. (And now he’s back here.)

• Andrew Bogut has embraced Twitter, and does a lot of back-and-forth with his fans, particularly his legions in Australia. He has also revealed a deep love for cars. As he updated late Monday night:

Relaxing and doing what? Checkin out some cars online…What else.

• I love following Fabricio Oberto, who constantly tweets and responds to people. He’s also got an ill background image of himself playing the electric guitar. It’s been interesting to see Oberto’s grasp of American culture improve as he uses Twitter, as well as his musical awareness as he trades music tips with fellow Twitter users…

I like almost all music, any kind or style, oasis is really good one of my favs

• Mark Madsen is a regular Twitter updater, though he somehow has fewer followers than I do (then again, I don’t play on the L-Wolves). He says he likes “basketball, cooking, whole wheat bread,” and he is attempting to raise his political profile…

@SenJohnMcCain Met you on an elevator in Philadelphia before the primaries…..thanks for the updates

His teammate Rashad McCants from Sacto is also on there, though his status is locked so we can’t see what he’s Tweeting about.

• Michael Finley just signed up but has already given us a gem:

• Sticking in San Antonio, Bruce Bowen not only Tweets, he does it in several languages…

• Portland’s Jerryd Bayless recently opened an account and has done a total of about 10 words in posts. But because he plays for Portland he has about 500 computer nerds following him already.

• Brian Cardinal has an account. His “Bio” section is oddly reflective…

You can say that again. Love the picture of himself at a Wrigley Field night game.

• Another L-Wolf, Randy Foye, is also on Twitter. Looking through his tweets, I was surprised to learn that he’s got an assistant. Maybe it’s Kevin McHale?

• Joe Alexander used Twitter to try and get in the dunk contest. Alas, being an early adopter didn’t work out for Joe.

• I’m noticing a trend here: Bad teams have more guys on Twitter. The Kings have two players, Donte Greene and Jason Thompson, who is fastidious about telling us where he eats.

• The only NBA coach on Twitter appears to be Alvin Gentry, who occasionally posts three and four post groupings about things he’s going through…

does anyone have advice on how to turn off my brain and get some sleep. all i can think of is what do we have to do to beat the jazz.

One word for you coach: Defense!

And it’s not a real account, but there’s a fake Jerry Sloan who’s hilarious.

• There’s some dispute as to whether or not Kyle Korver is actually on Twitter. A Kyle Korver account continues to be updated, though Korver says it’s not actually him (see toward the bottom here).

• And even though neither of them are actually in the NBA right now, both Marcus Williams and my main man Josh Childress are tweeting away.

I think that’s it for now. I’m going to keep this post updated, so if more guys get online I’ll add them here with a date of when we updated it. If you guys see anyone else, let me know. 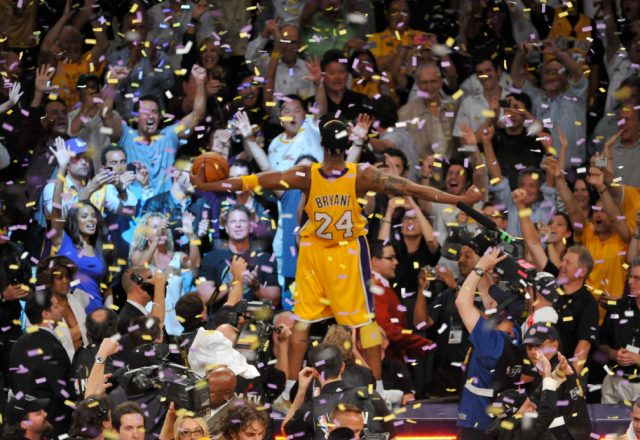