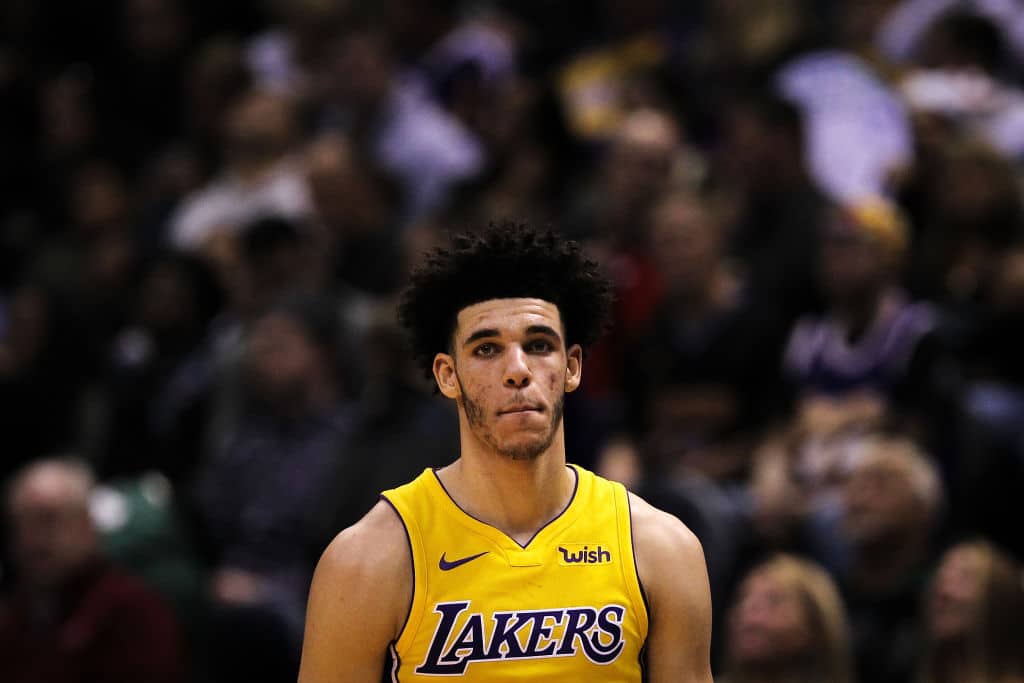 Lonzo Ball didn’t think it was a big deal that he became the youngest player in NBA history to notch a triple-double—he was too busy agonizing that it came in the Lakers’ 98-90 road loss Saturday night to the Bucks.

Ball, 20, says he has played this way his whole life.

Lonzo Ball kept playing his way and is fueled by his triple-double. From @ShamsCharania: https://t.co/78JL4iCCDn pic.twitter.com/XqOsM1NzFJ

“I really don’t give a … I’ve played this way my whole life,” Ball told The Vertical. “In today’s NBA, a lot of point guards get buckets, but I go off my impact and what I can do to win games. It’s not going to be scoring every night, but I’m trying to improve that. The way I play, it comes from Dad. He really don’t care about noise either. My dad had me on lesser teams, so I had to do more and it prepares me.

“For us, it’s tough to lose on this road trip. We come out here in different time zones and play good teams night in and night out. We need to learn from it and get wins.”

[Luke] Walton was one of the Lakers who remained in Ball’s ear over the past week and consistently huddled with his point guard to discuss coverages and scoring play sets. Ball told his coaches in private that he would continue shooting without hesitation, and reinforced it on Saturday night.

“I’m going to keep shooting,” Ball told The Vertical. “My teammates, my coaches, everybody — they know I can shoot. They see it in practice.”