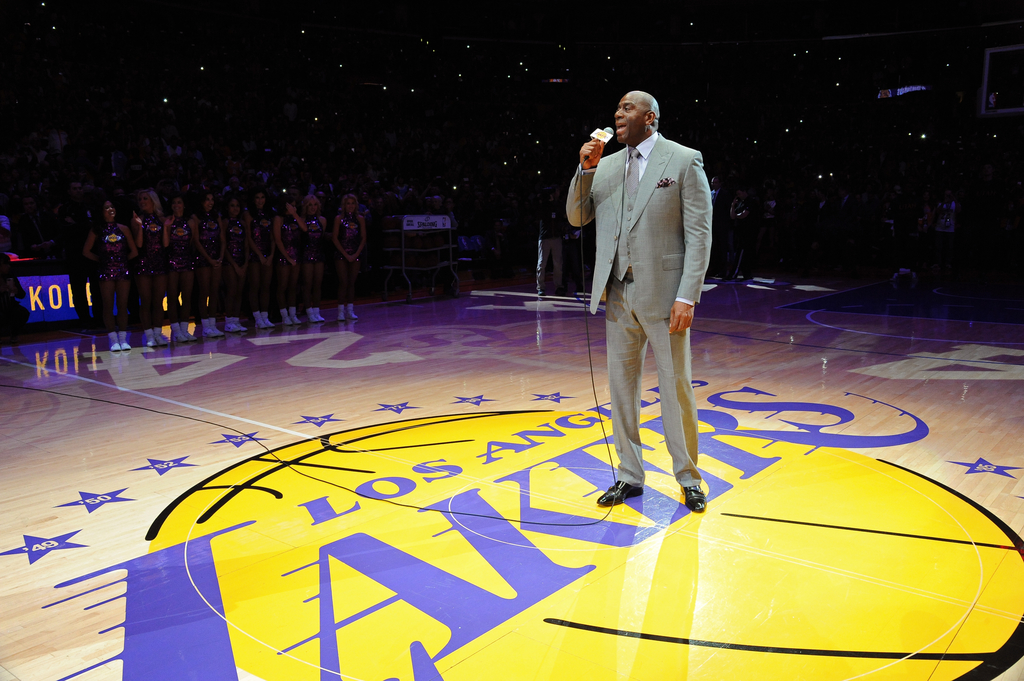 Magic Johnson, the most prominent voice in Laker Nation, says he’s doing his best to remain patient with the organization’s slow rebuilding process.

Three years ago, he was pushing for the Lakers to openly and shamelessly tank.

.@MagicJohnson doesn't want to use Lakers' youth as an excuse. But he's more patient than usual https://t.co/GON8pLLrkk

The Hall of Famer wants second-year point guard D’Angelo Russell to take on a bigger leadership role, and praised Nick Young for playing inspired ball on both ends of the court (praise that delighted Swaggy P):

“Fans have to be encouraged, but Lakers fans are tired of losing,” Johnson told Southern California News Group. “We’re trying as Lakers fans to still be patient. But it’s hard. We have to wait some more?”

Johnson suspects the 20-year-old Russell has become somewhat hesitant with that responsibility out of respect for the team’s veterans and for the teammates who are in his age range. Russell agreed. […] “It’s hard; it’s not easy,” Russell said. “I’m trying to communicate and talk with guys as much as possible. I’m trying to figure out how to talk to guys. We’re all young. Figuring it out for everybody is key.”

“It’s the best I’ve ever seen him play,” Johnson said of the nine-year NBA veteran. “He’s played both ends of the court and has played smart. He’s played for the team.” […] “Magic Johnson? The Magic Johnson? For real?” said Young, a Los Angeles native who starred at USC. “To hear that from the top three greatest player of all time, that’s a confidence booster. I’ve always looked up to Showtime and Magic. For him to even notice that is a blessing.”