Magic Johnson: Lakers a ‘Superstar Away’ From Competing With Warriors, Spurs 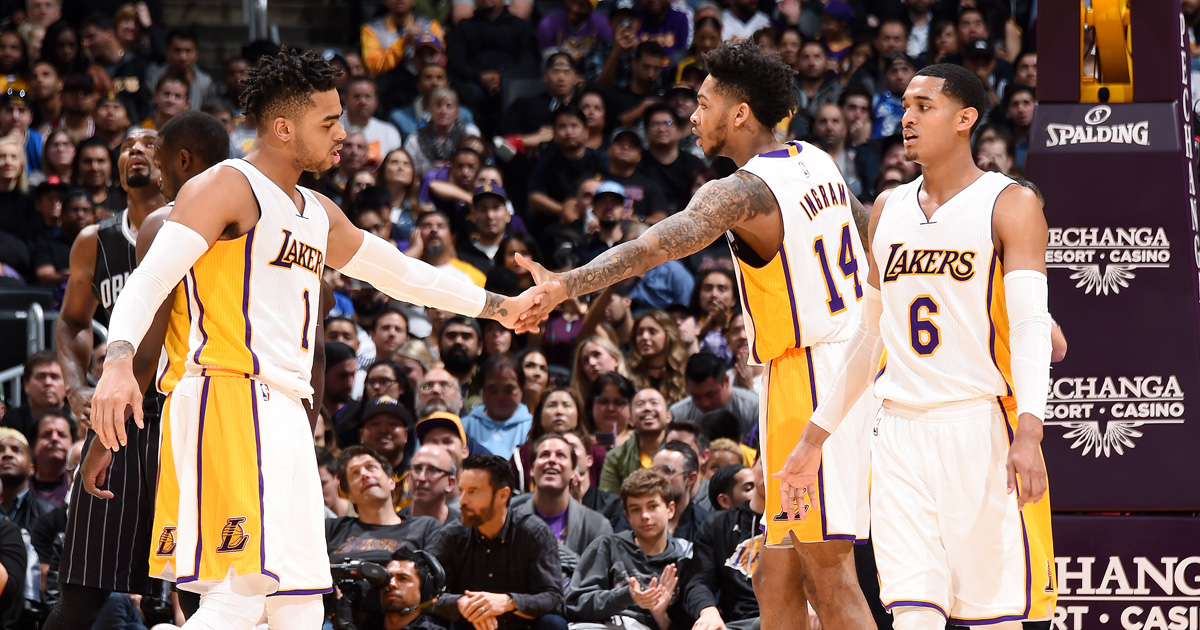 Magic Johnson, who rejoined the Lakers as an adviser this week, says that the team is “a superstar away” from competing with the NBA’s powerhouses.

“We’re a superstar away from competing against (the Warriors and Spurs),” Johnson said. “One guy changes our landscape, because we have everything we need now, except that one guy to make everybody better.”

Magic: "We’re a superstar away…One guy changes our landscape…If I felt like we were far away…I wouldn’t be here." (on @SpectrumSN) pic.twitter.com/4ETP8QXBdi

With Johnson formally on board, the Lakers may become more attractive to star free agents.

And having the third-worst record in the League at 17-36 means the team has a chance to select a franchise-altering talent in the 2017 draft.

L.A. will retain their draft pick if it’s in the top-three this year.