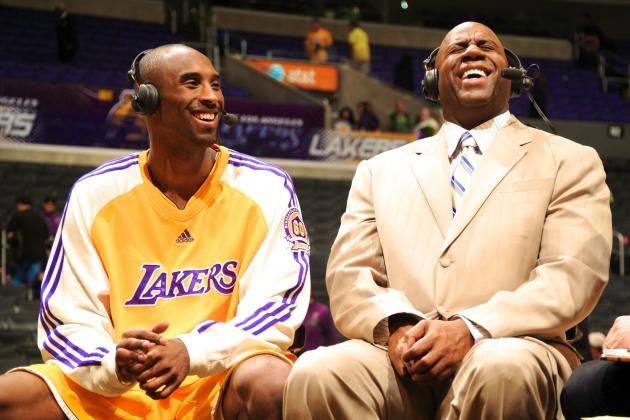 A trainwreck can also be exciting to watch, we suppose.

Magic Johnson is pleased with his beloved Los Angeles Lakers’ play thus far this season, their horrific 0-5 record be damned:

I know the Lakers are 0-5, but they are playing exciting basketball and Kobe is worth the price of admission.