Magic Johnson Wants the Lakers to Tank and ‘Lose Every Game’ 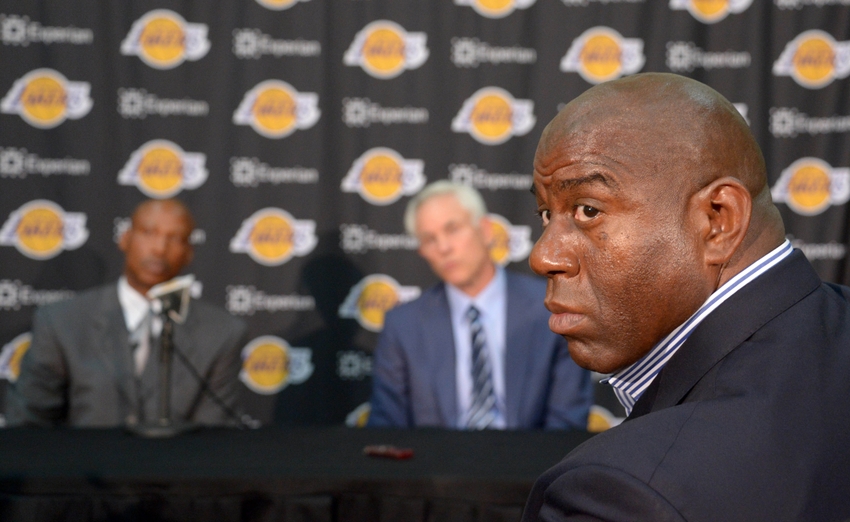 And that means losing, and lots of it.

Magic told reporters Tuesday that he hopes the (6-16) Lakers lose every single game this season, and position themselves for the best possible draft pick next summer.

“The Lakers are in a good space, too, next summer if they can sign or trade for a talented guy. I’d rather be all the way bad than be in the middle.”

“When you have franchises that mean a lot to the league like the Knicks, the Lakers and the Celtics we don’t take too kindly to losing and change, but that’s what we’re going through now.”

Laker Nation: Today in NY, I said I hope the Lakers don't win too many games because I want them to have the 1st or 2nd pick in the draft.

Last years draft there were no superstars. This year there are about 3-4 superstars in college basketball and we need one of them!

Laker Nation: I don't want the team to finish in the middle of the pack and get a 10th-14th pick because that won't do us any good.