Manu Ginobili Out for Two Games With Hip Tightness 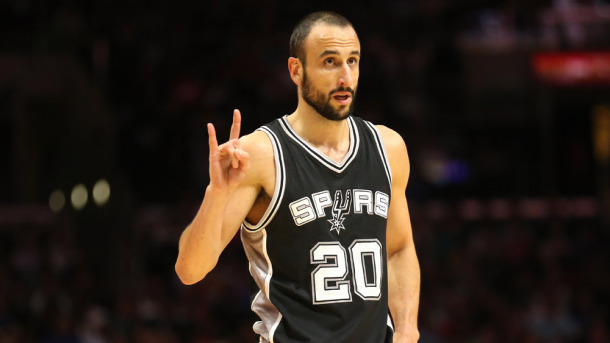 The San Antonio Spurs announced Wednesday that Manu Ginobili will sit out the next pair of games—the 38-year-old’s hip is acting up.

INJURY REPORT: Ginobili (bilateral hip tightness) will miss the next two games. He will be re-evaluated prior to Saturday's game vs. Memphis

Ginobili missed the Spurs’ win Saturday against the Philadelphia Sixers due to abductor tightness.

Ginobili’s latest stint on the inactive list will begin tonight against Denver. The Spurs are in New Orleans on Friday.

The 38-year-old guard missed the Spurs’ win over Philadelphia on Saturday with abductor tightness, but returned to score 17 second-half points — including 14 in the fourth quarter — to key a 93-80 win over the Trail Blazers.

Ginobili had been enjoying a stellar start to his 14th NBA season, averaging 11.7 points and 3.7 assists while shooting 40 percent from 3-point range over his first nine games.