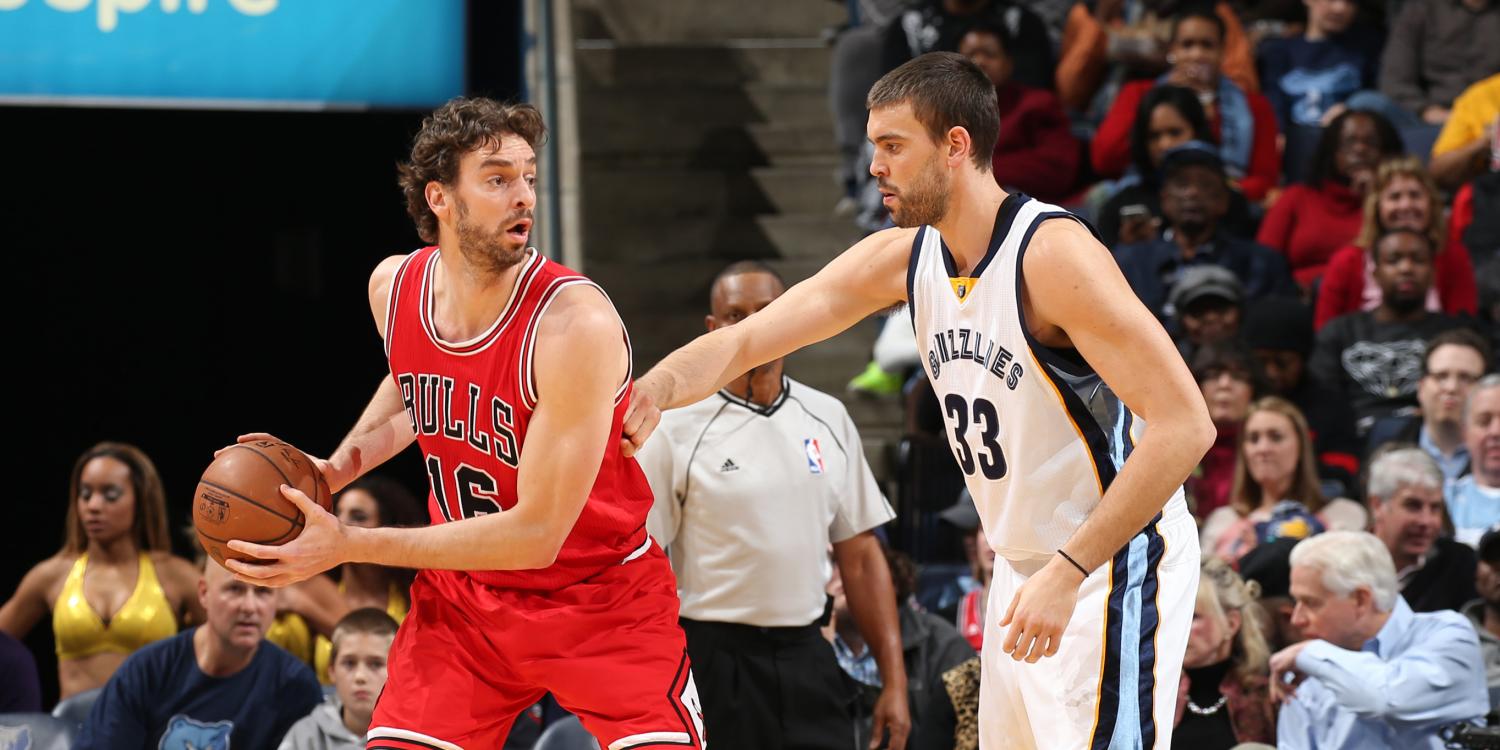 Asked about his older brother’s impending free agency Monday, Marc Gasol says he would advise Pau to seek a deal with the San Antonio Spurs this summer.

The Grizzlies center says the Spurs’ organizational makeup and philosophy would be the best fit for Pau at this stage of his career.

Marc Gasol: "My advice to Pau, at his age with the things he cares about, not that (we've talked); my advice would be to go to San Antonio."

Marc Gasol, on why Pau should sign w/ SA: "The way (the Spurs) manage everything, they way they work as a franchise from top to bottom…"

Memphis has plenty of work to do when it comes to its own free agency concerns.

(Mike) Conley picked up the NBA’s Sportsmanship Award on Sunday and said what Marc Gasol did last summer: He’s never envisioned playing for anyone but the Grizzlies. Conley, whose sore Achilles has healed fine with the time off, will be an unrestricted free agent in July. He’ll easily be one of the most coveted point guards on the market and Conley suggested free agency should be fun. He’ll keep an open mind despite his strong desire to return Memphis. I’ve often said that it’ll probably take an insult of an offer from the Griz for Conley to bolt. There will be big money flying around this summer for players with lesser talent. Every team will have massive money to spend and several are expected to throw max money at Conley. So how will the Griz value their indispensable floor leader?

Vince Carter, 39, wasted no time saying that he plans to return. Griz coach Dave Joerger intimated that he’d love to have Matt Barnes, 36, back on the roster. The big decision will be made with regard to Lance Stephenson. The Griz own a $9.4 million contract option on the 25-year-old guard for the 2016-17 season. […] “Definitely,” Stephenson said when asked if he’d like to return. “This is a great team. This is a playoff team. We’ve got a lot of great pieces once we’re healthy. I think I fit in.”

Will the Griz and coach Dave Joerger discuss a contract extension in the coming weeks? […] There has been a lot of misinformation written about Joerger, his status and coaching possibilities. Joerger was no more considered for the Minnesota Timberwolves’ vacancy than he sat on the hot seat during the first month of the season. Both reports were erroneous. The truth of the Minnesota situation is that opportunity essentially passed away with the late Flip Saunders. It’s also rare that franchises pursue coaches under contract so it’s unlikely that Joerger will be considered for current openings. With that said, Joerger will probably seek more of a commitment from the Grizzlies. The last guaranteed year on his deal is for the 2016-17 season. No coach likes to enter a season as a lame-duck coach.