Marcin Gortat to Analyze if Wizards are ‘Right Fit’ 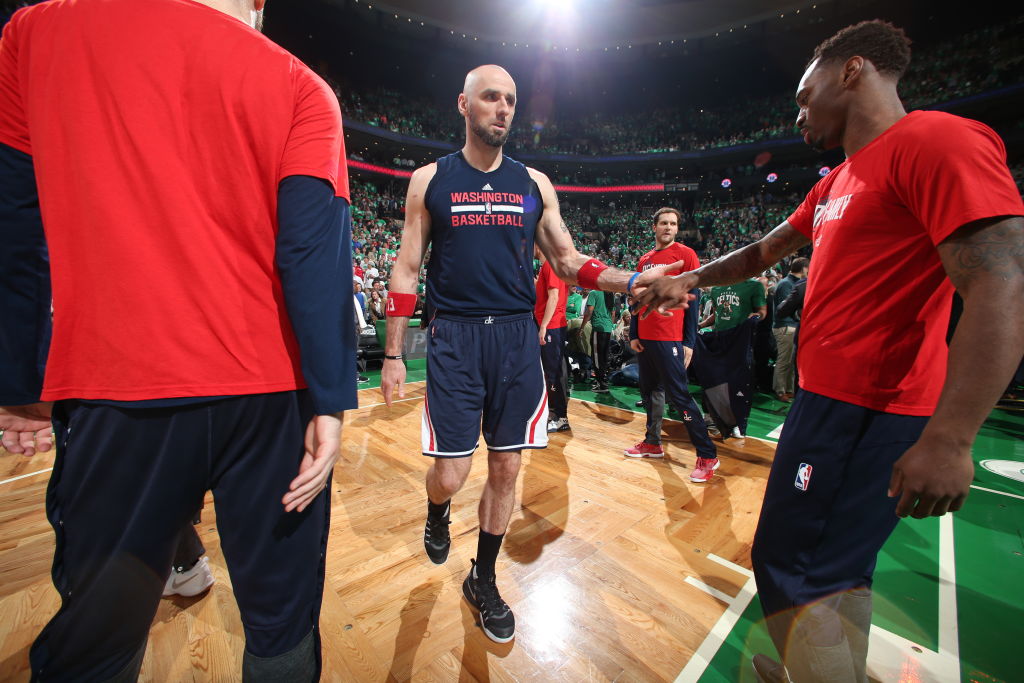 Wizards center Marcin Gortat says he plays “one of the most underappreciated positions in the NBA,” and will use the offseason to examine if Washington is still the place to call home.

Gortat, 33, says he’s prepared if the Wizards’ front-office elects to move in a different direction.

'Underappreciated' Marcin Gortat wants to reevaluate if Wizards are the 'right fit' from @avarwallace https://t.co/MV4FK8Zn92

The big fella has two years left on a five-year, $60 million deal he signed in 2014, and is annoyed by fans who don’t appreciate that he sacrificed his offensive game for a team that fell just one win shy of reaching the Eastern Conference Finals.

“At the end of the season I just went through short statistics with our medical staff,” Gortat said. “I had 103 games this year; I haven’t missed even one game. I had 103 games; I didn’t miss even one practice or shoot-around. On top of that, I’m the oldest guy on the team, the most experienced guy on the team. So I think this is a huge achievement for me, personally. To be available for every game is a huge thing in the NBA. But at the end of the day, finishing the regular season with a double-double, averaging double-double as one of the 14, 15 guys in the league is huge also. I take a lot of pride in what I do, and obviously this year was completely different for me than the last three years. With the Wizards’ new system, completely different position in the team for me personally, and different role for me also. It made me who I am today, and as long as we’re winning, we’re going to playoffs and we’re winning in playoffs, then fine.

“But — I think it’s too early for me to say something. I’m just going to sit down in the summer and talk to my agent, talk to my people and I’m going to analyze if this is the right fit. Winning is the most important, at the end of the day. But right now, I had an average, maybe good season. The team had a great season — we went to the second round. I think everybody would like to take that result around the NBA.”

When asked about his older frontcourt — in addition to Gortat and [Ian] Mahimi, backup big man Jason Smith is 31 — especially in comparison to a backcourt of 20-somethings, Wizards Coach Scott Brooks didn’t express any concern for the 2017-18 season. He pointed out that big men can have longer playing careers and complimented Gortat in particular on his professionalism and efforts to keep himself in game shape.

“Somebody has to take sacrifices on this team,” Gortat said. “We can’t have five guys scoring every game 20 points, it’s impossible. Nobody can do that. That’s why somebody has to be responsible for collecting rebounds and setting screens, and somebody else got to score. That’s how it is on this team, and I feel like this year it was me who was doing a lot of the sacrifices, and I got one of the most underappreciated positions in the NBA. … I know there’s a lot of freaking idiots looking down the columns for the points telling me that, ‘you only score four or six points, team lost because of you,’ that’s how it is, that’s how people picture that. But people that know basketball, they know what I bring to the table.”