Marcin Gortat: Wizards in a ‘Sh**hole’ 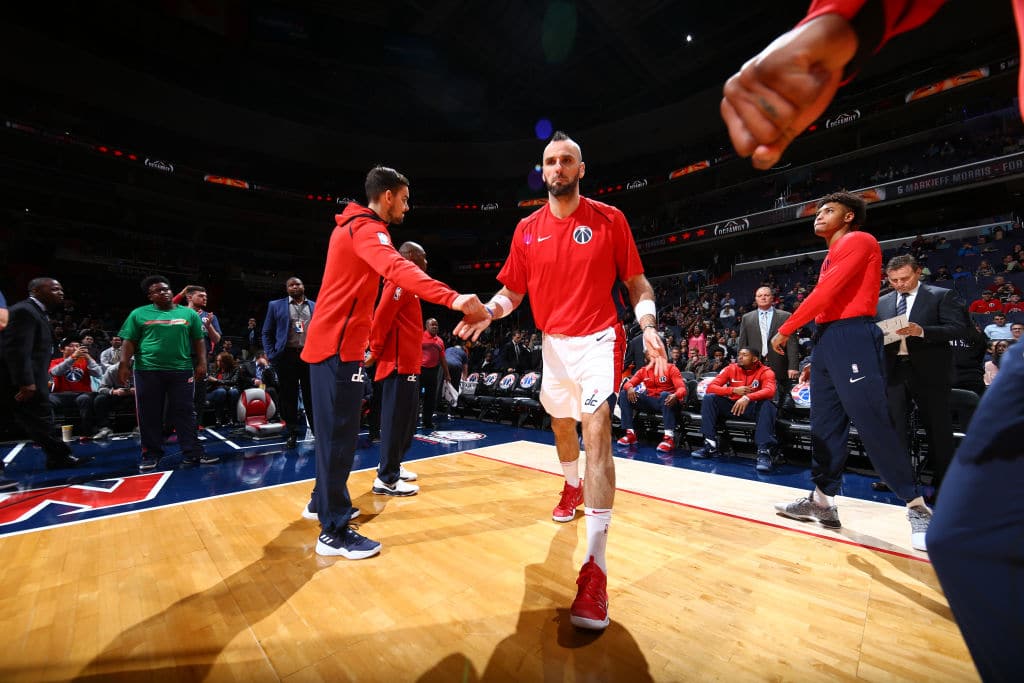 Prior to Thursday night’s 111-95 win against the visiting Lakers, Wizards center Marcin Gortat said his team was in a “sh**hole.”

Washington is off to a disappointing 6-5 start this season.

WASHINGTON — The Wizards climbed out of a s***hole on Thursday night.https://t.co/h4oWKTHDDj

Gortat says he’s embarrassed by the way the Wizards have been playing.

“Sorry for my language, but we are in a s—hole. We’ve gotta get out of that hole and start to win some games,” he said. “We’ve gotta show up, show up at the game as NBA players who want to compete and play hard every possession. Take pride in what we do. That’s the most important thing.”

A 5-5 record is much better than the 2-8 mark they posted last season through 10 games. But it’s not good enough for these Wizards and Gortat is beside himself about it.

“This is super disrespectful. Bottom-line, I feel embarrassed for those games,” Gortat said. “We definitely owe a huge apology to our fans for our performance. That’s not who we are and that’s not who we want to be in the future.”