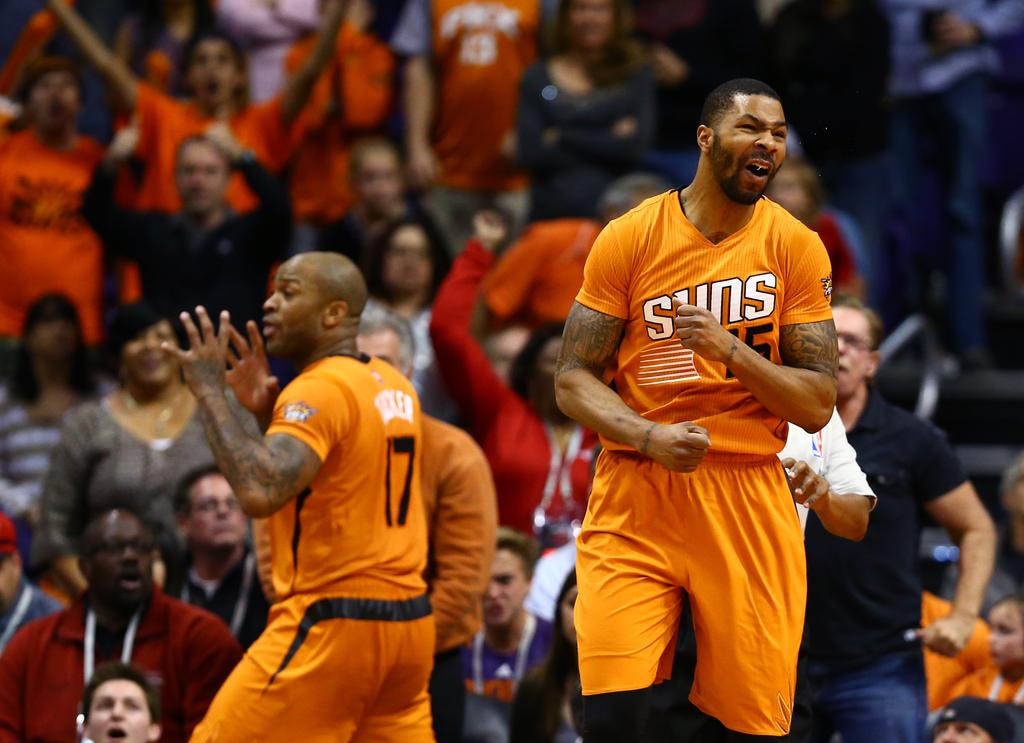 The Suns shipped Marcus Morris off to Detroit this summer, and according to the 26-year-old, he should have been starting in Phoenix ahead of P.J. Tucker last season.

Morris also thinks the Suns failed to take advantage of his ability to cause mismatches.

And he sees this as his best opportunity to sink roots and carve out a role after 1½ seasons in Houston and 2½ in Phoenix. […] “Yes, it is. In Phoenix, I thought I should have started at the three. The guy that’s there now (P.J. Tucker) might have been a better defender, but as an all-around three, I thought I was the best we had. And I thought a lot of players thought that, too. But there’s a lot of opportunity here. I have a chance to come in and start right away. I’ve been in the league for five years. It’s nothing new to me. I have started my share of games. It’s not like I’m new to it. The only thing that’s new is that it’s the East Coast now.”

(Stan) Van Gundy plans to replace the post-up game that Greg Monroe provided with a dose of it from other players, Morris among them. That suits him, too.

“That’s always been a part of my game. With being a big three, I’ve got to utilize that. I don’t want to stand out on the wing and I’ve got a smaller guy on me. That tended to happen a lot in Phoenix where they didn’t utilize the mismatches. And I think that’s going to be a mismatch.”