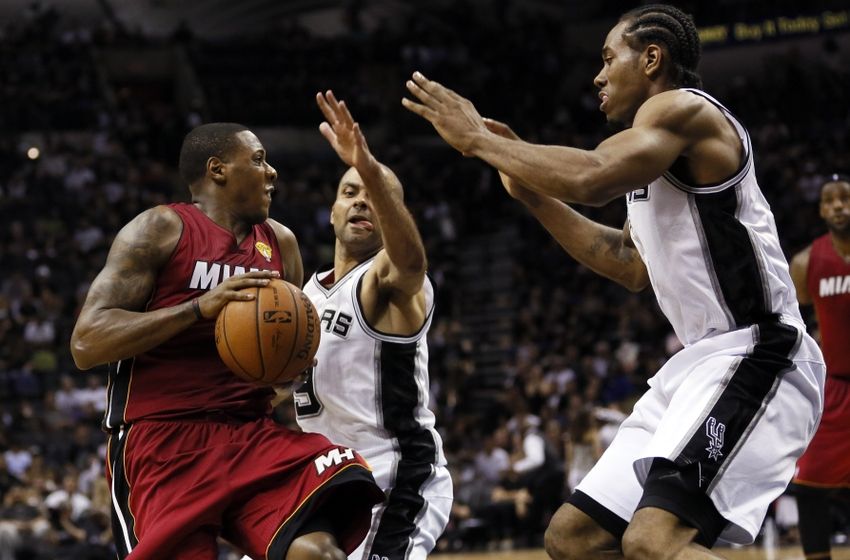 Chalmers was especially awful in the NBA Finals – which ended in a humiliating five-game blowout at the hands of the champion San Antonio Spurs – putting up 4.4 points, committing 3.2 fouls and 2.0 turnovers while shooting 33.3 percent from the field.

With LeBron James no longer in the picture, Chalmers has been told by head coach Erik Spoelstra and Heat president Pat Riley that he’ll have more opportunities to showcase his game next season, and he’s confident the Heat can bounce back in a major way. Per Bleacher Report:

“You know, for the first time in my career, I felt like I wasn’t…yeah, my confidence wasn’t there,” Chalmers said. “Going through that whole San Antonio series, I just felt like in the playoffs I kept getting worse and worse every round. I just couldn’t figure it out.”

“Yeah, that’s the worst thing, because you never know,” Chalmers said. “Everybody in my ear, talking about ‘We need you, we need you to do this, we need you to do that.’ And then when it comes to the game, I didn’t feel involved. Like, you all talk about how y’all need me, but y’all didn’t put me in position to do anything. In previous years, if I was in that position, I would make sure I would go get the ball, I would put myself in position to score. I felt like this year, we all just took too much of a back seat in the Finals.”

“I feel like I’ve finally got a chance to shine, show my real game,” Chalmers said. “Me, [Chris Bosh], D-Wade and the rest of the guys, we’re going to pick it up, we’re still going to play Miami Heat basketball, and we’re still gonna be a competitor.”