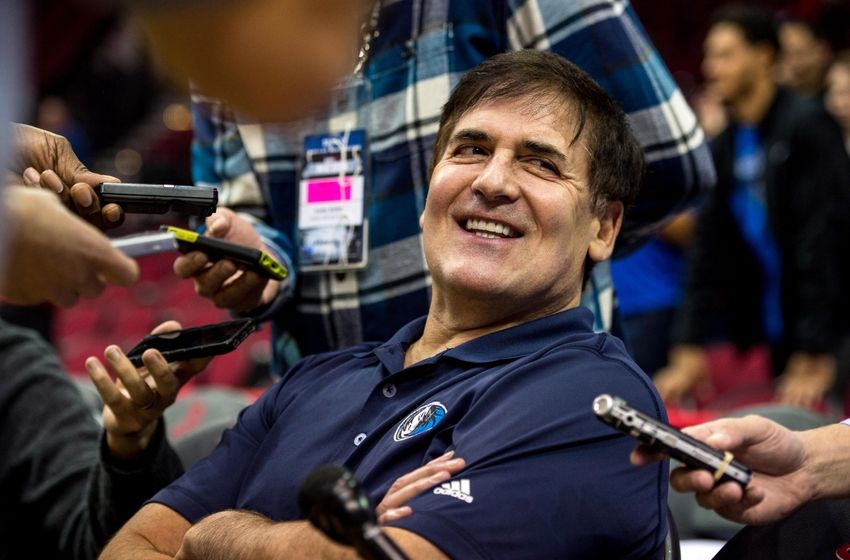 The Houston Rockets looked like a pretty decent team Saturday, as they took down the visiting Dallas Mavericks in their first round Playoff series opener.

According to Mavs owner Mark Cuban, the Rockets are a “predictable” foe largely due to their reliance on analytics.

If Cuban’s 2011 (NBA Playoffs) experience taught him anything, it’s that a team with a smart coach, or a hot player, can suddenly outthink or outplay a team with a much higher seed. Playing against the same opponent over and over again, with less travel and no back-to-backs, favors certain kinds of tacticians and certain kinds of players. […] When coaches like (Rick) Carlisle and Gregg Popovich have time to hone their game plans against a single opponent, suddenly that corner 3 that was there all year dries up, or that basic defensive rotation that was rock-solid all season is coming a second too late. In the playoffs, teams with limited game plans get exposed. Conveniently, Cuban believes that Houston, his team’s first-round opponent in this season’s playoffs, is one of the most one-dimensional teams in the playoffs.

“[The biggest difference is] practice time. There’s no more predictable team than the Rockets. You know exactly what they’re gonna do,” he says. “But James Harden is so good. That’s what analytics have begot. Right? Predictability. If you know what the percentages are, in the playoffs, you have time to counter them. Whether you’re good enough to do it is another question. Because they are very talented, and James Harden, I think, is the MVP. Because that’s not a very good team over there.”

In the NBA playoffs, checkers turns into chess. Last season, the Spurs swept the Mavs during the regular season, but that had absolutely no bearing when the teams met in the first round. Carlisle actually had time to implement an opponent-specific strategy, and the Mavs almost pulled off a shocking upset. It took the eventual champs seven games to oust Dallas — by far their biggest scare on the road to glory. Cuban credits San Antonio’s flexibility as the eventual difference in that series. […] “We changed things up, but we didn’t have the manpower when they adjusted. They went through a whole season of doing it one way, and then they went to pick-and-roll with Tiago Splitter as their go-to bread and butter,” he says. “Those are the types of things where you have to have balance. They had somewhere else to go.”