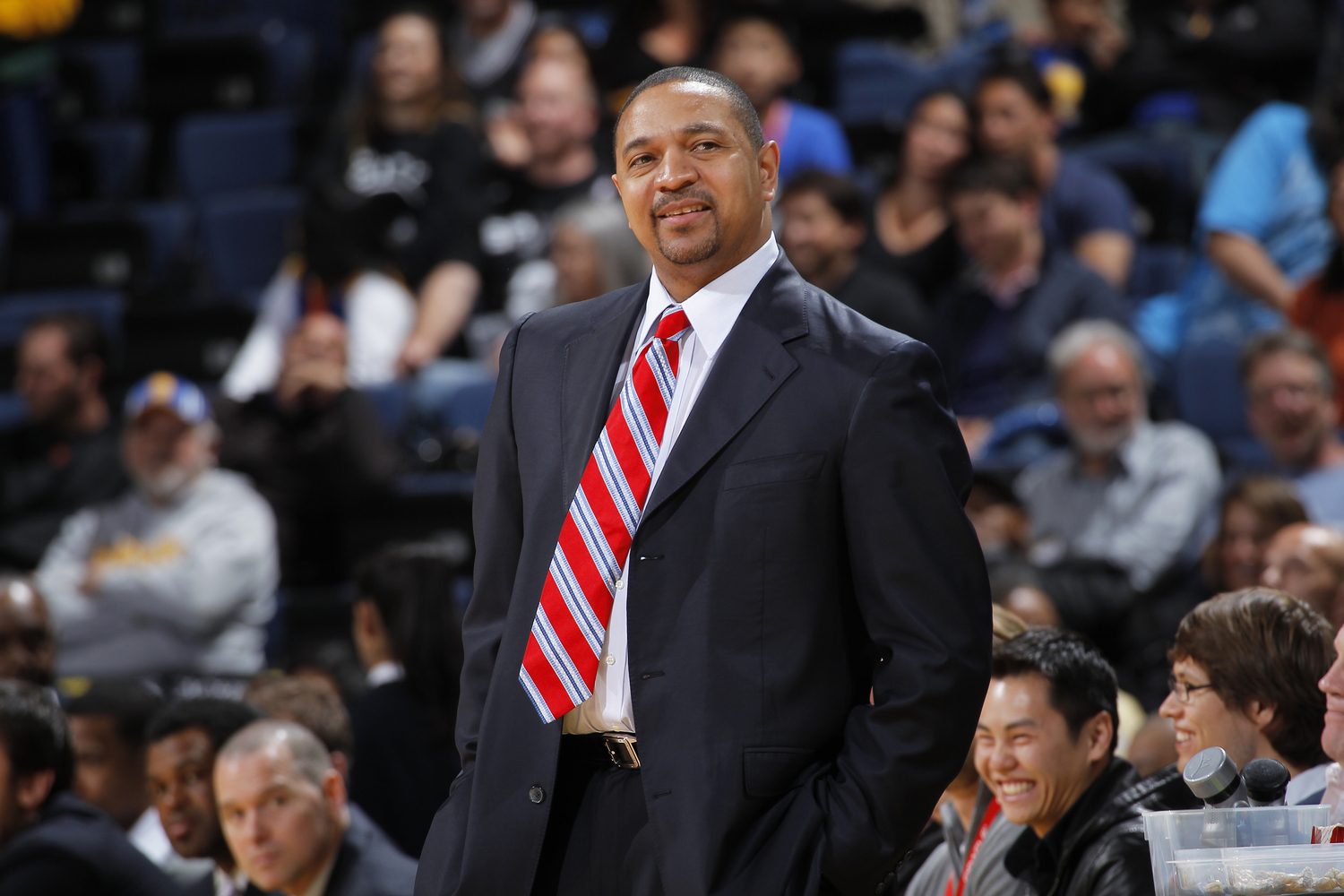 The Minnesota Timberwolves have heard from Tom Thibodeau and Jeff Van Gundy about their head coaching vacancy, and now Mark Jackson is said to be next.

Mark Jackson was one of three finalists for the coaching job when the Wolves hired Kurt Rambis. So there is familiarity there.

The Golden State Warriors canned him after two trips to the postseason, and a 121-109 record over three seasons:

Jackson is credited with starting the process that helped build the Warriors into the team that new coach Steve Kerr turned into a juggernaut en route to last year’s championship and a record 73 wins this season. But his exit from Golden State was a messy one as he clashed with Warriors management on the way out.

One of Jackson’s strengths is that he is able to connect with players given his background as a former standout point guard himself, and his entrance into the Timberwolves race provides a semblance of balance after team owner Glen Taylor started the process with two high-profile names who never played in the league.