Marreese Speights ‘Will More Than Likely Play’ in the NBA Finals 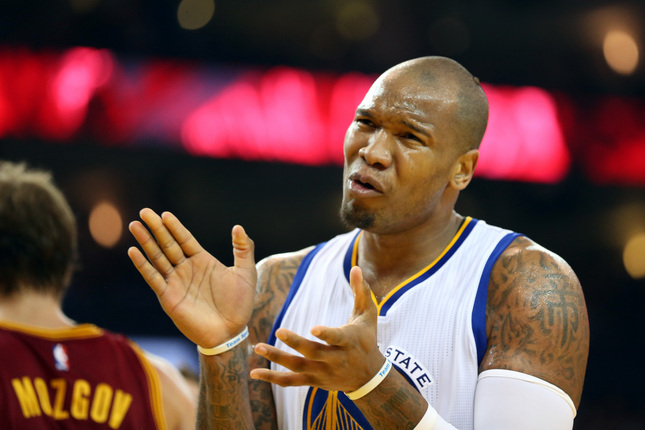 The Golden State Warriors are expected to welcome back big man Marreese Speights once the NBA Finals tip off this Thursday night.

A right calf strain caused Speights to miss all of the Western Conference Finals against the Houston Rockets—he hasn’t played since May 9.

Forward Marreese Speights, who missed the entire Houston series and hasn’t played since May 9 because of a right calf strain, practiced for a second straight day and coach Steve Kerr pronounced him ready to go for Game 1.

“Mo’s had two good practices in a row and he will more than likely play in this series,” Kerr said. “It’s just a question of how the rotations unfold, the matchups. Festus (Ezeli) has played well and David (Lee) has had some good moments, particularly against Memphis. Every series is a little different, the matchups are different, so you have to mix and match and find the combinations that work.”

Speights played 28 minutes and scored 12 points with eight rebounds in the Warriors’ Jan. 9 game against the Cavaliers at Oracle Arena, a 112-94 win. But he played only seven minutes and was held scoreless in the Feb. 26 rematch in Cleveland won by the Cavs, 110-99.