In the 1974 NBA Draft, the Philadelphia 76ers selected Marvin “Bad News” Barnes second overall behind Bill Walton. Brothers Ozzie and Daniel Silna co-owned the upstart Spirits of St. Louis of the ABA, swooped in and offered the 6-8 power forward a seven-year, $2.2 million contract, unheard of for a rookie at that time. Barnes signed and earned every penny, named an ABA All-Star and Rookie of the Year in his first season, averaging 24 points and 15.6 rebounds a game. Somewhere, a Sixers fan is still waiting for him to wear the red, white and blue.

The latest ESPN 30 For 30 film, Free Spirits, directed by Daniel H. Forer, documents the two years of the Spirits existence, culminating in the ABA-NBA merger and one of the shrewdest business deals in all of sports, one that the Silna’s are still profiting from to this very day. While Jackie Moon’s Semi-Pro was a comedy, some of the Spirits gimmicks to draw attendance, league-wide fighting and anecdotes in Free Spirits are just as entertaining and outlandish.

There is no better centerpiece for a franchise, or story than Barnes, but he earned the nickname “Bad News” for a reason. Scoop Jackson referred to him in SLAM as “the first negro with an ego,” although Barnes maintains, “the first negro with an attitude.” Barnes speaks openly and extensively about his attitude and how drugs destroyed his career. There is no shortage of interviews in the 50-minute documentary from the likes of Dr. J, David Stern, the team’s first play-by-play announcer, Bob Costas and Spirits players like James “Fly” Williams, Mike D’Antoni, Billy Cunningham and Snapper Jones among others.

Barnes spoke to SLAM about Free Spirits, the different era of basketball that was the ABA and how he could’ve been one of the best power forward’s ever. At one point during the interview, he mentioned he was supposed to meet a guy in a car lot and would call right back. Ten minutes later that sinking feeling crept in, the one that Sixers fan in Philadelphia is likely feeling…as we’re both still waiting on Marvin Barnes.

SLAM: How accurate is Jackson’s “negro with an ego” statement?

Marvin Barnes: It was very accurate. When I was growing up there was a lot of racial injustice, we couldn’t live where we wanted to live, the police was treating blacks unfair. We were oppressed people, so of course I had an attitude back in the ’60s and ’70s—we were fighting for our rights. I was the type of black kid growing up, I envisioned a black President. The constitution said “all men are created equal” and I thought there was a lot of injustice going on at that time, so I guess I had an attitude.

SLAM: What were your thoughts of Free Spirits?

MB: I enjoyed it; I thought it was put together very well. The people took time to investigate and did a lot of interviews for a lot of people that were very enlightening. Everybody that had something to say was basically there, whether playing participating, or watching. I didn’t think it was unfair or inaccurate it was very entertaining.

SLAM: How prevalent was drug use among players back then?

MB: It was widespread. People got to understand that back in the days when we first started using drugs, cocaine just came out. It was the new drug, like the new drugs coming out now, like these Molly’s and ecstasy, cocaine was new. We didn’t have no medical studies, nobody knew the effects, everybody thought cocaine was the kind of drug that you could hit it and quit it. Nobody knew how addictive cocaine was back then, or all of the destruction it could cause. It was the sex, drugs and rock n’ roll era, so we would experiment. We didn’t know we was getting into, and our recreational use resulted in full-fledged addiction—all out chaos.

SLAM: Do you think your career would have been different if you went to the NBA as opposed to the ABA?

MB: I think about that a lot. What I think happened to me was that I went into a situation, to a new team, a new town, new owners, new everything and there wasn’t a lot of structure. The NBA got a lot of checks and balances in place, to weed out people going in that direction. You get suspended, you get fined, you get penalized for one, two, three drug uses. Back then, there was no penalties, you got high, you used drugs like I did, you were fine in the ABA.

SLAM: Were you the best player the game has ever seen, when you put your mind to it?

MB: When I put my mind to it, I was one of the best players the game has ever seen. When it came to the power forward, I was one of the best power forwards to ever play the game. I could run like a track star. I could jump like a high jumper. I could shoot. I could play defense. I was mean. I was vicious. I was focused. I was highly intelligent; I had a high, high, high, basketball IQ. When I stepped on the floor, nobody could play me one-on-one.

Any time I had the basketball playing for the Spirits, I never worried about the guy covering me, I was always looking where his help was coming from. I used to tell the guy who was checking me, “I’m a take three dribbles to the foul line and take a jump shot over you, see if you can stop me.” I knew I was unstoppable, I had a big ego and I took no prisoners. I knew I was good, it wasn’t that I thought I was good, I knew I was good and that went a long way.

SLAM: If drugs didn’t take you under, how good of a career do you think you could’ve had?

MB: Let me tell you something. I had the gift of gab and the personality of Magic Johnson. I had the tenacity and will to win like a Michael Jordan. I had the flair of a Dr. J. I knew I was the total package, but like they say “power corrupts.” At a young age with all that ability and all that power, what happened was I got cocky and restless. I was headstrong, I thought it would never end. I never thought that my ability would erode because of drugs, which it did. I didn’t know what drugs would do to my body, cocaine had made my bones so brittle. I remember going to my first Detroit Pistons practice and jumping to dunk the ball and breaking my leg, my bone in the bottom part of my leg just broke, because I put so much pressure on it to dunk.

SLAM: Who was the best player you ever played with?

MB: At the time when I played with the Spirits, the all around best player for his position was Freddie Lewis. Don’t forget I played with Moses Malone, Maurice Lucas, Caldwell Jones, I played with a lot of people. At that particular time, cause we were all young, the whole package as a player, I think Freddie Lewis made everybody better and that’s the mark of a true superstar.

SLAM: Who was the best player you ever faced off against?

SLAM: Is there anything that Free Spirits left out?

(Semi-spoiler alert: One of the better anecdotes in the film is a tale of Barnes, sleeping in and missing a team flight from New York to Norfolk, Virginia for a game. He arrives on his own, making a Barnes-like entrance no less.)

MB: They left out that I had two women with me when I did all that. I told them that when I was doing the interview, but they left it out. We had stayed together that night and we got up the next day and took a learjet. They left out that when I was running up and down the court that I was saying, “This is for you baby, I’m gonna make one for you,” to the two girls I had in the front row. I would be running down there going through my legs, behind my back and shoot a jump shot—BAM! I would run by the stands and say, “How you like that baby?” I was showing off for my women and I was showing the coach I could play. 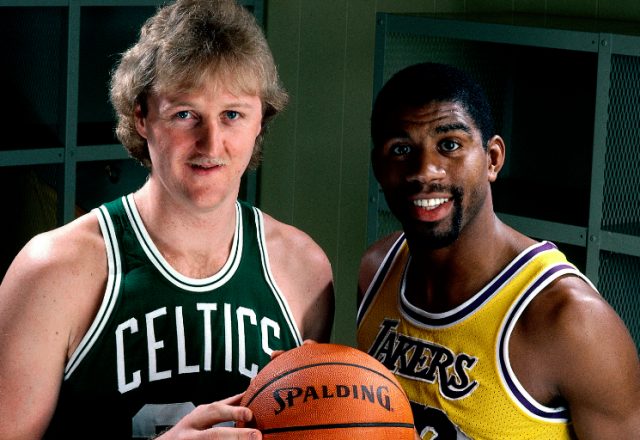 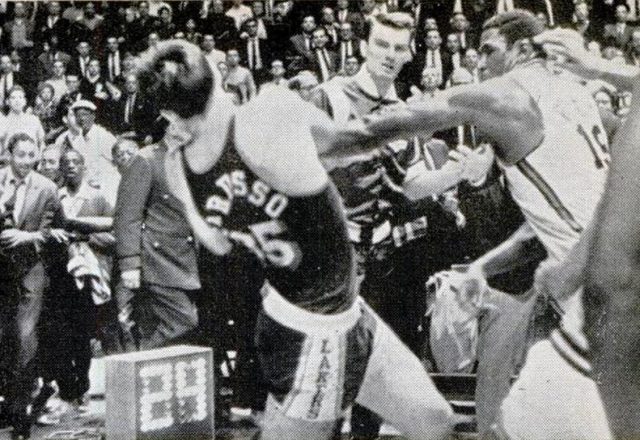