The Terrapins land their first recruit for the Class of 2017. 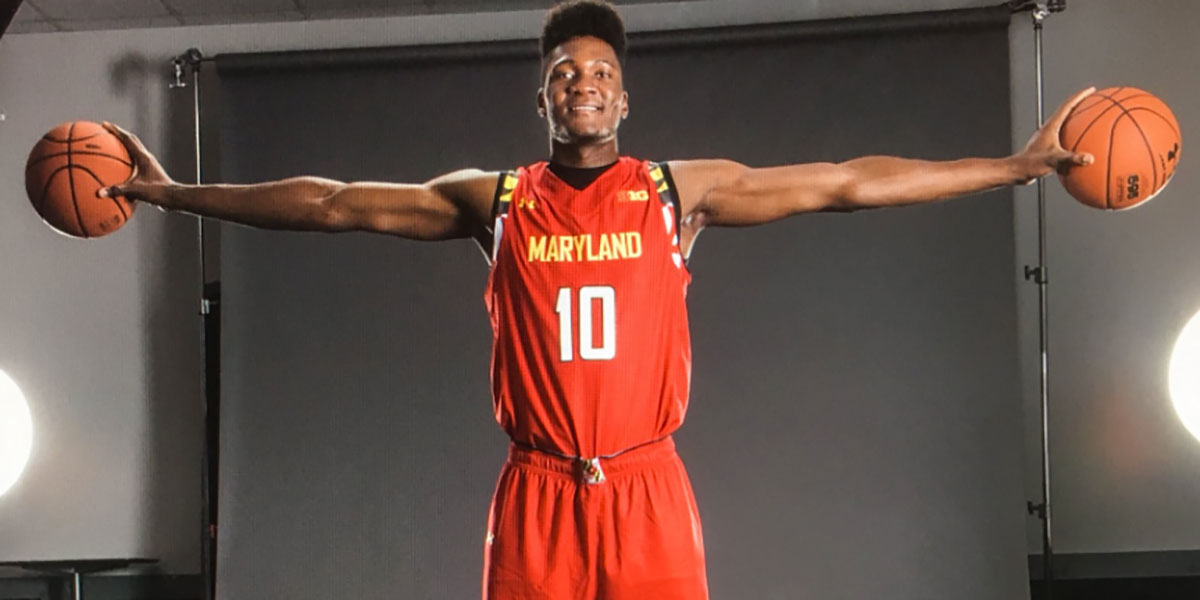 Fresh off a visit to Maryland’s campus on Saturday, Bruno Fernando, a 6-10 center at IMG Academy in Florida, felt comfortable enough to close out his recruitment when he announced on Sunday via Twitter that he plans to attend Maryland next year. The Angolan native, ranked among the top-100 national recruits in the Class of 2017, chose the Terrapins over offers from the likes of Alabama, Florida, Auburn, LSU and Marquette. He was once a SMU recruit.

Bruno Fernando’s phone wouldn’t stop buzzing Sunday afternoon. About an hour after he officially announced his commitment to Maryland basketball, becoming the Terrapins’ first commit of 2017, he returned to his dorm room at IMG Academy in Bradenton, Fla. and decided to unplug. The congratulatory calls and texts continued to roll in, but Fernando retreated for about a half hour, taking a shower and some quiet time as he tried to wrap his mind around the decision he had just made.

Fernando will remember the past month as a transformative point in his life. In September, he wasn’t sure if he would even visit Maryland, let alone end up there during Homecoming weekend. But there he was in College Park on Saturday, envisioning himself as the next great big man to come through the school, and he was impressed enough to announce his pledge Sunday.

By Sunday afternoon, as he boarded a plane to head back to Florida and continue his prep year as a bruising 6-foot-10, 225-pound forward at IMG, the news had spilled out and was being celebrated as a major score for Maryland, which hadn’t signed a big man in the 2016 recruiting cycle. Finding a talented big man in 2017 was one of the staff’s most pressing priorities. The front court lost junior forward Robert Carter Jr. and freshman center Diamond Stone to the professional ranks during the offseason, while graduate transfer forward L.G. Gill and senior center Damonte Dodd will be gone after this season. Fernando fits the bill of what the staff was looking for. 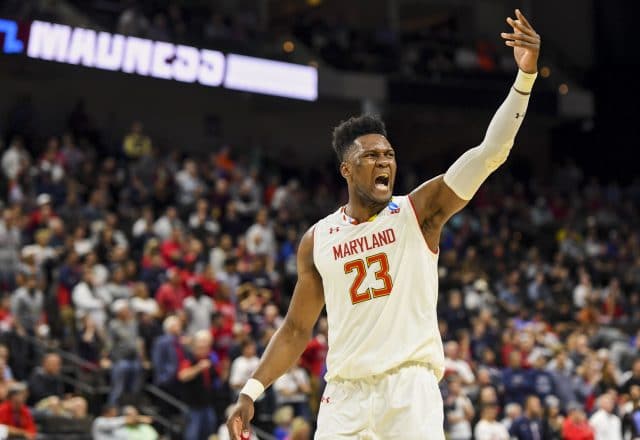 Hawks Acquire No. 34 From Philly For No. 57, Future Second Rounders