Matt Barnes on Derek Fisher: ‘We Were Good Friends at One Point’ 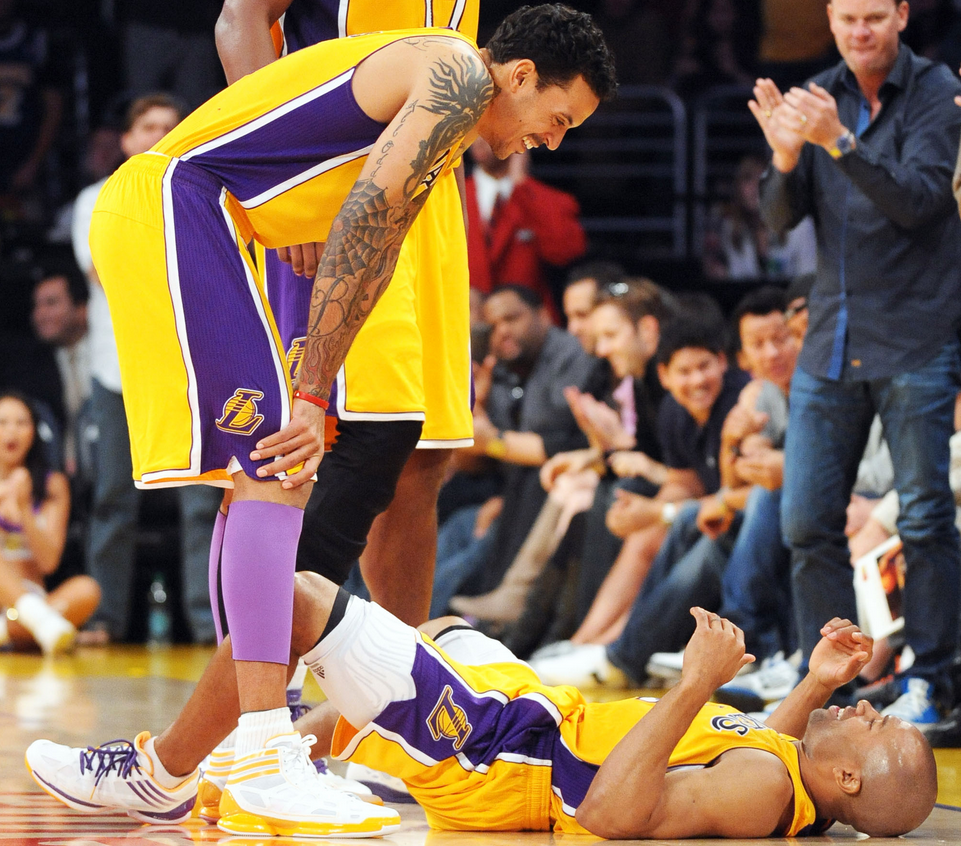 The two former teammates used to be good friends, according to Barnes, until his ex-wife apparently came between them.

Barnes: My concern is my kids… their happiness, their health, their safety. pic.twitter.com/Yuq9l0mPki

Barnes on his relationship with Derek Fisher: We were good friends at one point. pic.twitter.com/KguKpvZIfg

Barnes reportedly landed a punch in Fisher’s grill last weekend, and there’s no word yet if legal action will be taken by either party.

“My personal concern always is for my kids, their health, their happiness and their safety,” Barnes said. “Outside of that, I‘m here to focus on basketball. I don’t want to start off by having anything negative so we’ll let the process take place. … All of the real details will come out at some point.”

Barnes and Fisher played together with the Los Angeles Lakers four years ago. […] “We were friends,” Barnes said. “We were good friends at one point.”