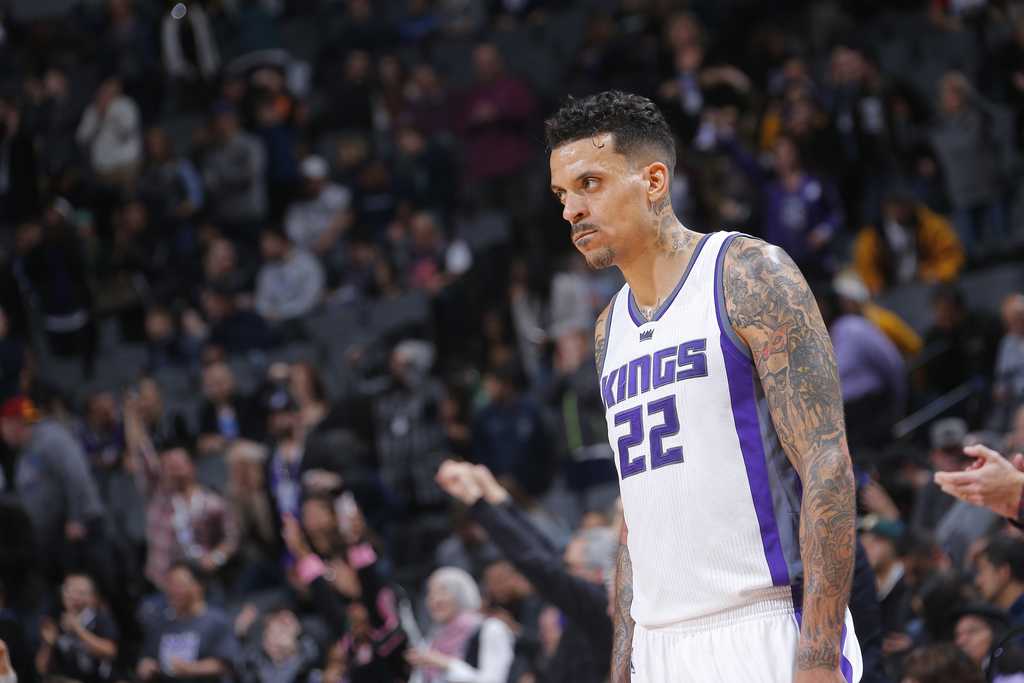 Derek Fisher takes a crack at image rehab in a lengthy profile, arguing that he didn’t get enough credit as a coach in New York, and coming to the defense of his relationship with Matt Barnes’ ex wife.

“He sounds real tough on here,” Barnes wrote. “Didn’t sound like that when he was running around my house screaming & pleading!”

Good times all around.

Fisher told me he's cool w/this: "I'm now going out with a woman who used to be married to this guy I worked with for a year SIX years ago." https://t.co/2PjMmCviU3

“My life has gotten easier over the last several months,” Fisher told Bleacher Report earlier this month, “because there was so much judgment made and assumption passed through this situation that people read about on me, my character and my integrity that isn’t true. So it has made it easier for me to focus on me.

“We were doing a lot of really good things with the Knicks. That’s what bothers me. The good that was being done got overshadowed by opinion, actually—inaccurate opinion about a personal matter. Nobody really knows what happened, because there’s been just noise about what happened.”

“One of the challenges for all of us was we were in the basketball department under the umbrella of Phil Jackson and who he was and who he is and what he was able to do as coach and leader,” Fisher said. “Then [when you’re] asking me as a head coach in a sense not to create the same results, but take the same system or way of playing and try and teach these guys how to play it—and utilize it in similar ways as when he taught it—I think at times it was more challenging for our players to really understand, ‘Who am I committing myself to? Who am I selling myself to? Who am I running through the brick wall for?'”