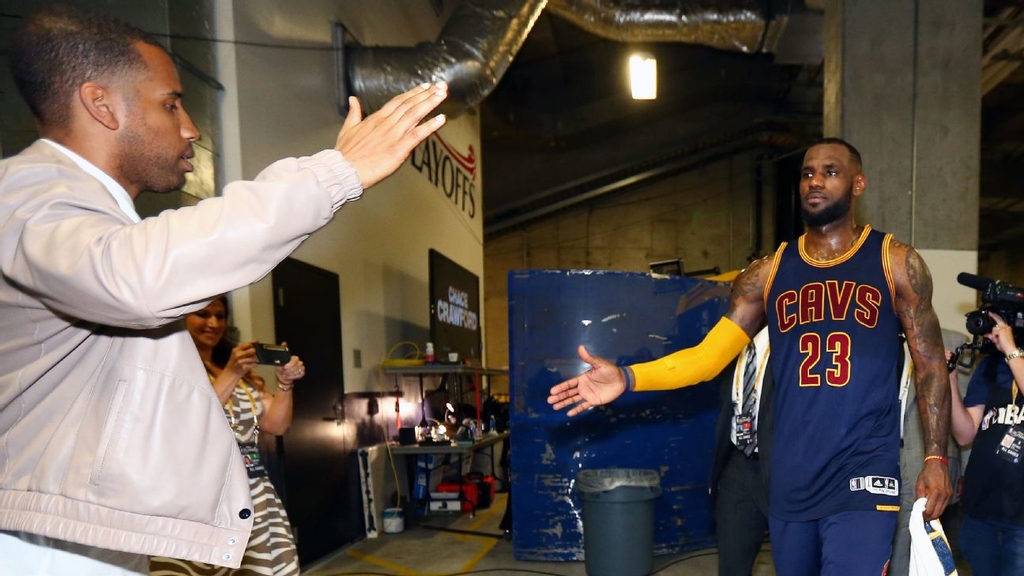 Phil Jackson, in a recent interview, talked at length about LeBron James’ so-called “posse” and the four-time MVP liking to receive “special treatment”.

All the hard work,effort and achievement and @PhilJackson11 still calls us a "posse"every step you take they remind you, you ghetto" @S_C_ pic.twitter.com/OPsPvAvFoM

Let me be clear I'm not saying @PhilJackson11 is racist,, I'm calling out his disrespectful language

Carter, however, stopped short of calling Jackson a racist:

“I don’t care that he talks about LeBron,” Maverick Carter told ESPN.com. “He could say he’s not that good or the greatest in the world as a basketball player. I wouldn’t care. It’s the word ‘posse’ and the characterization I take offense to. If he would have said LeBron and his agent, LeBron and his business partners or LeBron and his friends, that’s one thing. Yet because you’re young and black, he can use that word. We’re grown men.”

Jackson, in an ESPN.com interview with Jackie MacMullan, made the statement while revisiting James’ departure from the Miami Heat in the summer of 2014 and what it meant for the tenure of Heat president Pat Riley.

“It had to hurt when they lost LeBron,” Jackson said. “That was definitely a slap in the face. But there were a lot of little things that came out of that. When LeBron was playing with the Heat, they went to Cleveland, and he wanted to spend the night. They don’t do overnights. Teams just don’t. So now [coach Erik] Spoelstra has to text Riley and say, ‘What do I do in this situation?’ And Pat, who has iron-fist rules, answers, ‘You are on the plane. You are with this team.’ You can’t hold up the whole team because you and your mom and your posse want to spend an extra night in Cleveland. […] I always thought Pat had this really nice vibe with his guys. But something happened there where it broke down. I do know LeBron likes special treatment. He needs things his way.”