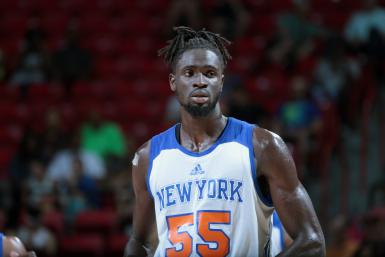 The Dallas Mavericks have signed Summer League standout Maurice Ndour, who averaged 9.6 points and 4.8 rebounds with the Knicks in Vegas.

Apparently, the Mavs offered more guaranteed money, and Ndour will have a real shot to make the roster.