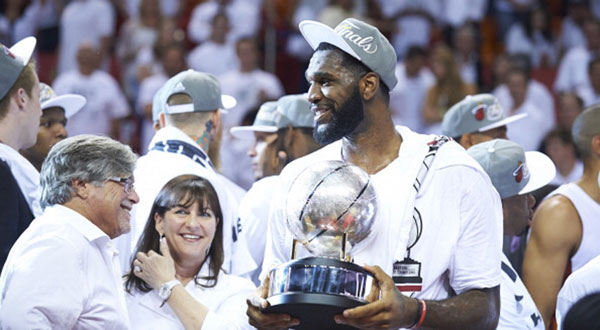 The Memphis Grizzlies have expressed interest in free-agent center Greg Oden and may invite the 27-year-old to camp in June, according to a RealGM report.

Oden has maintained a close relationship with Grizzlies PG Mike Conley since their days at Lawrence North (IN) High and Ohio State, and both are represented by Conley’s father.

Oden pled guilty to felony battery charges in December, and has since been training with Ohio State’s coaching staff.

The Memphis Grizzlies have explored center Greg Oden, expressing interest in the recent past with a workout in the spring. The Grizzlies will potentially bring in the former No. 1 overall NBA pick to a free-agent camp in June, league sources told RealGM.

The Grizzlies’ current level of interest in Oden remains unclear, but the franchise is believed to be having a free-agent mini-camp in the upcoming weeks — like many organizations around the NBA. Oden is undecided in his possible participation there.

Oden’s close friend and former teammate, Mike Conley, spoke late this season about the possibility of the seven-footer’s comeback. Surely, Oden’s comfort level with the Grizzlies rises with Conley’s stature on the team.