Metta World Peace Says He Was Inappropriately Touched By Ghosts 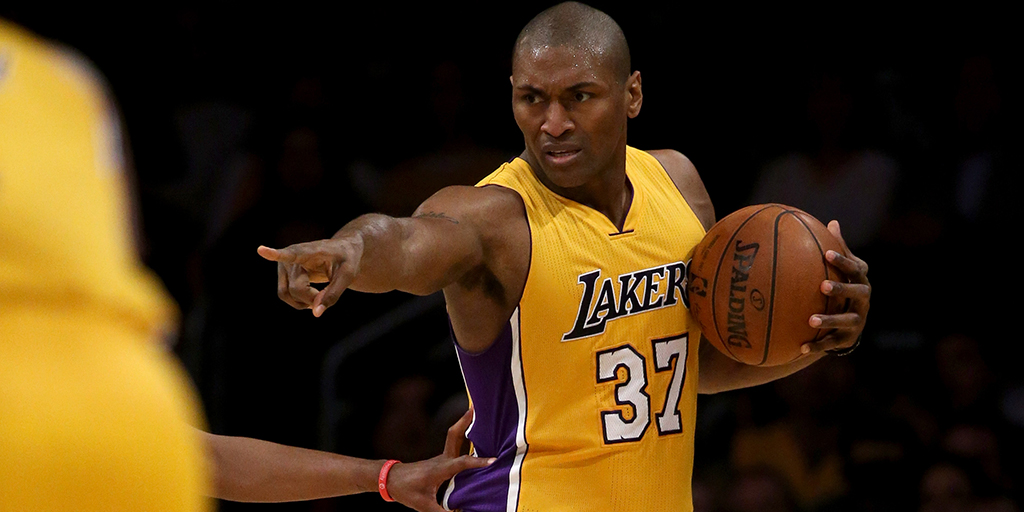 Within NBA circles, Oklahoma City’s Skirvin Hotel is known as a haunted hotel and has some players so scared that they won’t stay there. Legend has it that sometime in the 1930s, a woman who was holding her baby in her hands committed suicide when she jumped out of a window, thus casting a spell on the building.

The Lakers were in Oklahoma City over the weekend, just in time for Halloween. Mark Medina of the OC Register asked players about their experiences at the Skirvin Hotel and Metta World Peace said that he was sexually assaulted by ghosts in his room:

“The ghosts were all over me. I just accepted it,” Lakers forward Metta World Peace said. “They touched me all over the place. I’m taking one of the ghosts to court for touching me in the wrong places.”

World Peace insisted he was serious before explaining why he did not stay somewhere else.

“I was watching a good movie and I was tired,” said World Peace, who incidentally said he saw “Money Monster.” “I didn’t want to move.”

World Peace’s teammates Lou Williams and Larry Nance Jr. refused to stay at the Skirvin, instead opting to pay for their own rooms at the nearby Colcord Hotel.