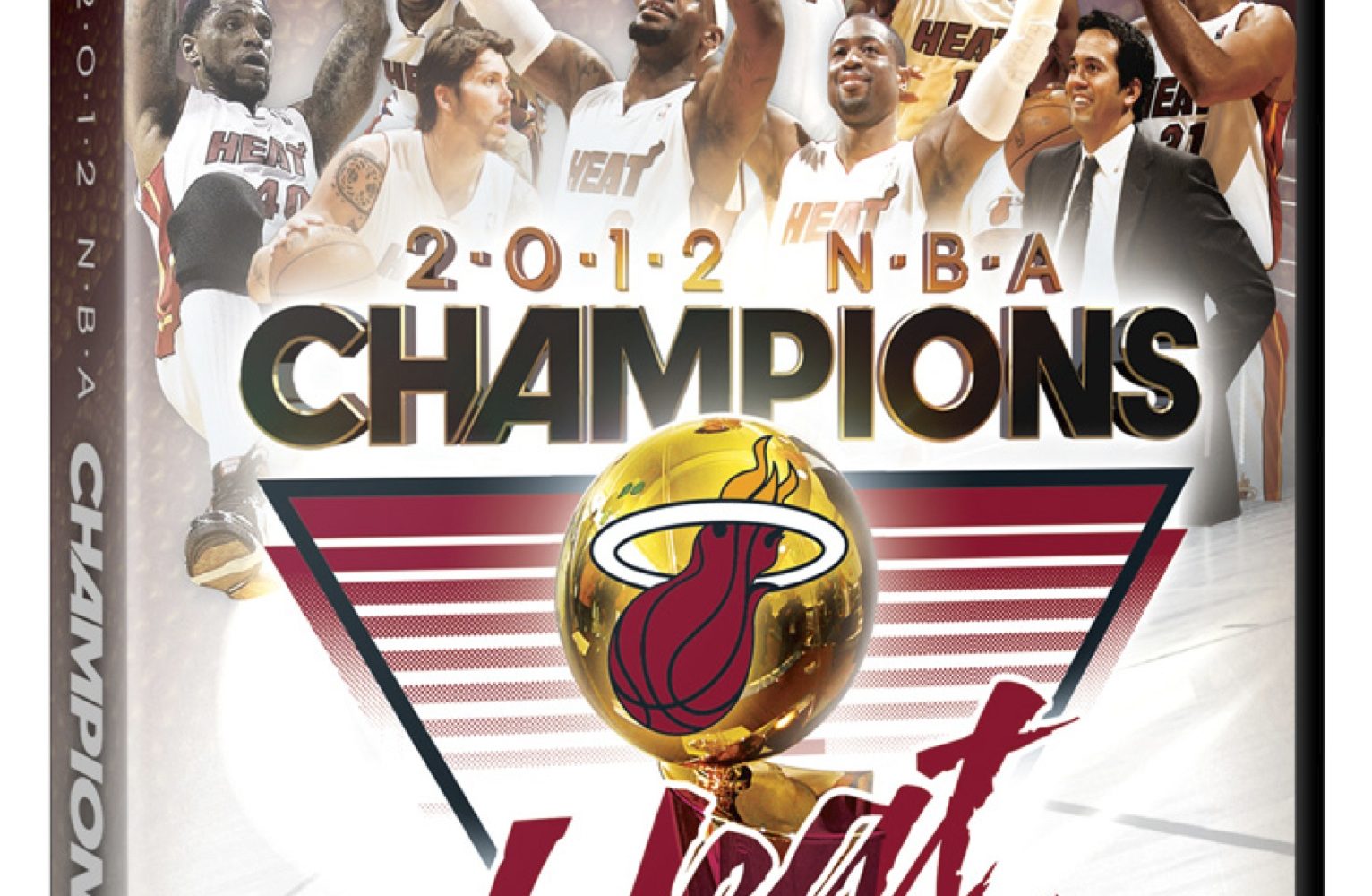 Want to savor the Heat’s 2012 Championship run forever? Now you can, with the official NBA Champions DVD—which is 75 minutes over two discs, including DVD Extras like LeBron’s Top Career Playoff Moments, one-on-one interviews with the Big Three, Top 10 Miami Heat Regular Season Plays and Top 10 Miami Heat Playoff Plays. The DVD is available on iTunes or click here to pre-order your copy. And, to get inspired and re-live the run, read the official DVD preview text below:

When LeBron James and Chris Bosh joined Dwyane Wade in South Beach in the summer of 2010 to form one of the most celebrated trios in NBA history, the level of expectation for the Miami Heat soared. There might never have been another team under more intense scrutiny or subjected to more pressure to win. But in 2012, the Heat found a way to silence their doubters and critics. And they delivered on a promise.

After coming up just short in the 2011 NBA Finals, players of lesser character might have wilted. But the Miami Heat stared down every challenge. No team in league history had ever fought from behind to win three straight playoff series before. But there’s never been another team quite like the Miami Heat. The breathtaking individual performances against the Indiana Pacers, the epic struggles in the Eastern Conference Finals with the Boston Celtics and the late game heroics from the 2012 NBA Finals against the Oklahoma City Thunder are all here.

You’ll feel the Heat, as an amazing championship season unfolds with sensational highlights, exclusive interviews and behind-the-scenes footage along with compelling bonus features. Now you can own this incredible moment in Heat history forever, captured in this thrilling NBA Championship film.