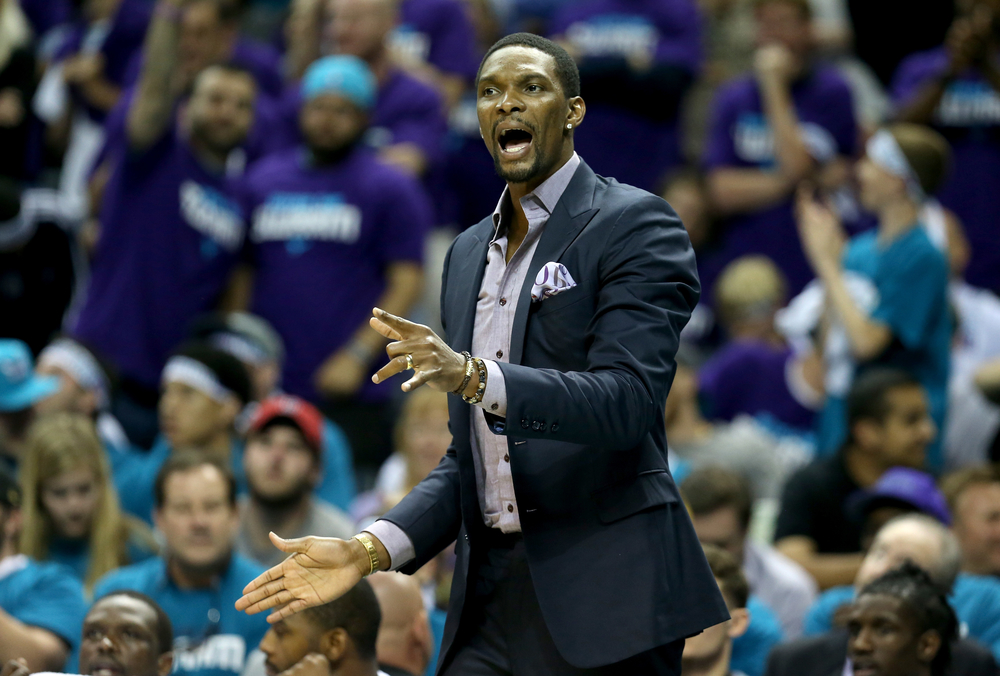 Micky Arison, in his open letter to Heat season-ticket holders Thursday night, says he expects All-Star forward Chris Bosh to be back in a Miami jersey next season.

Bosh, 32, has missed the second half of each of the past two seasons due to blood clots.

There had been speculation that the big fella might be forced into medical retirement.

Toward the close of the email, Arison wrote: “What won’t change is the culture of this organization. The Miami HEAT is a Championship organization. I fully expect this team, from Pat Riley to Head Coach Erik Spoelstra, to our veterans Chris Bosh, Udonis Haslem, Goran Dragic and Josh McRoberts, to our returning young core of Hassan Whiteside, Justise Winslow, Josh Richardson and Tyler Johnson, to the fresh faces joining the HEAT Family to continue our mantra of being the ‘hardest working, best conditioned, most professional, unselfish, toughest, meanest, nastiest team in the NBA.'”

(Bosh) traveled on Arison’s private plane to Heat playoff games this spring but remained sidelined, despite a desire to return. Heat President Pat Riley said last month a decision on Bosh’s playing future likely would be addressed this month or next month, with the Heat opening training camp the last week of September.

Arison also all but confirmed that the Heat would not again issue Dwyane Wade’s No. 3, writing, “For the first time in a long time, Dwyane Wade will not be part of our team, but it will be a joyous homecoming when we someday hang his #3 jersey from the rafters of AmericanAirlines Arena.”