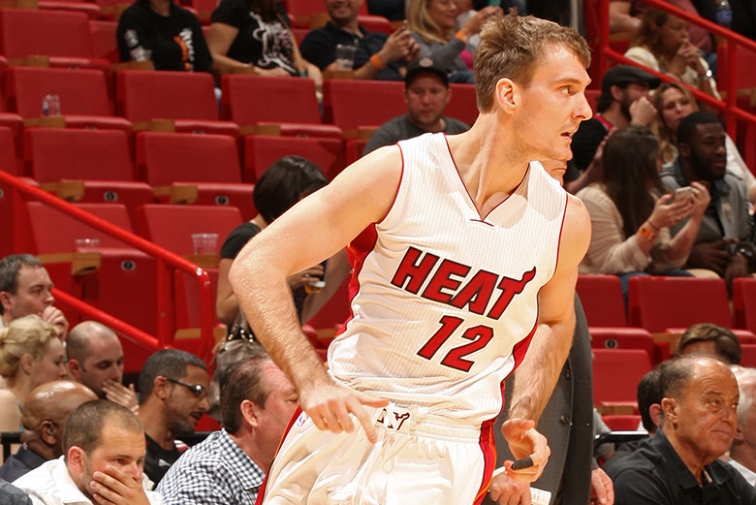 According to multiple reports, the Miami Heat have sent Zoran Dragic to the Boston Celtics in exchange for a future second-round draft pick.

Zoran Dragic had been traded to Boston. Heat really like Richardson. Goran is fine with it. Zoran wants playing time.

A league source says the Heat agreed to pay Zoran Dragic's salary next season and that the Celtics intend to waive him.

It’s the latest cost-saving move for the Heat, and opens up a roster spot.

The agreement comes a day after the Heat reached an agreement to trade guard Shabazz Napier to the Orlando Magic. […] The Heat also included a 2020 second-round pick in the deal with the Celtics, while receiving a heavily protected second-round pick from Boston that likely never will be conveyed, similar to the pick attached from the Magic in the Napier trade.

The Napier and Dragic moves not only ease the Miami Heat’s potential luxury-tax burden, but also clear roster space for young prospects, such as Tyler Johnson and 20165 second-round pick Josh Richardson.

Dragic, who excelled for Slovenia at last year’s World Cup, was acquired at the Feb. 19 trading deadline from the Phoenix Suns along with his brother, Heat starting point guard Goran Dragic, in a trade that cost the Heat two future first-round picks, as well as guard Norris Cole, forward Danny Granger and center Justin Hamilton. […] The move shaves $1.7 million from the Heat’s 2015-16 salary cap, with Zoran Dragic entering the final year of the contract he signed with the Suns a year ago.