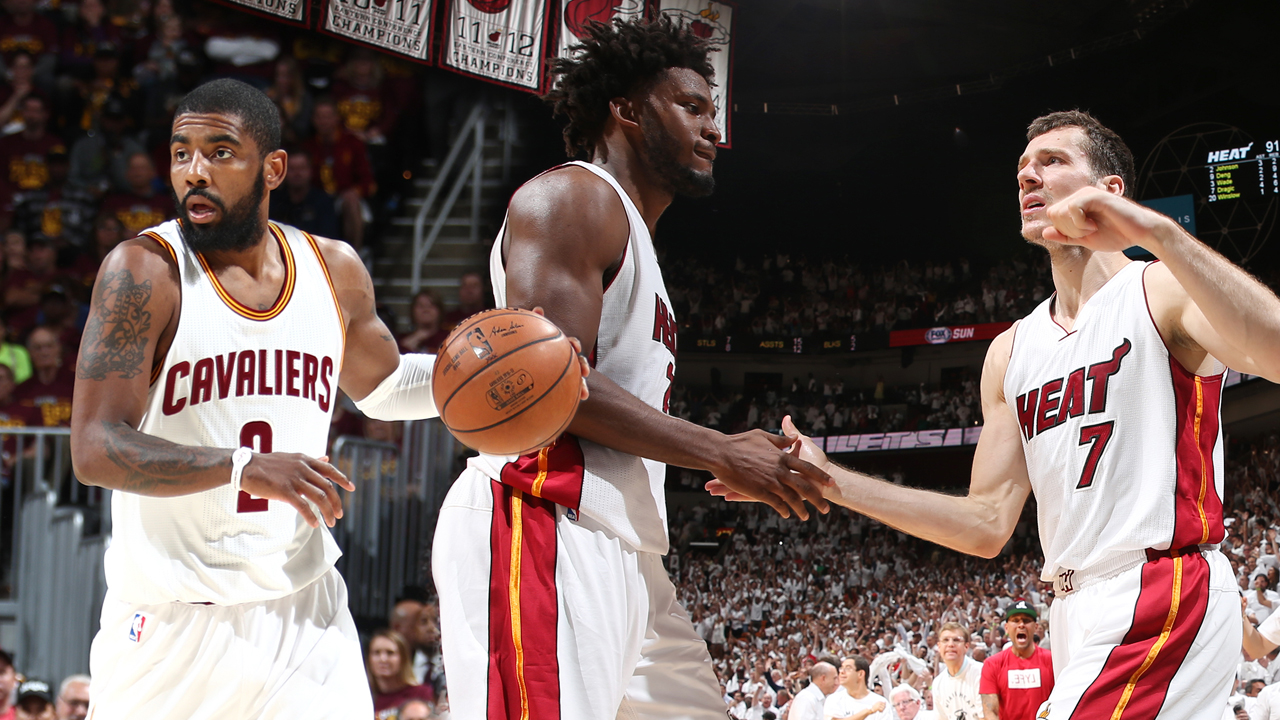 The Miami Heat are reportedly willing to part with Goran Dragic and Justise Winslow as the centerpieces of a potential trade for Kyrie Irving.

Miami would likely have to offer “an overwhelming package,” per ESPN, in order to overcome the strained relationship between the two teams.

The Associated Press reports that Miami has not yet made Cleveland an offer.

Source to AP: Heat have made no offer to Cavs for Kyrie.

The Miami Heat are willing to part with Goran Dragic and Justise Winslow as centerpieces for an Irving trade, league sources said.

With the Cleveland-Miami history, there’s little chance for a deal unless the Heat offered an overwhelming package.