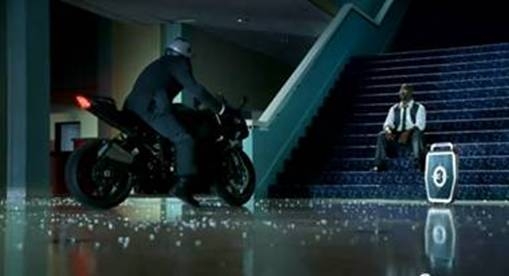 
Aside from Games 4-7 of the Finals, today is the most exciting time of the NBA season.

The off-season has dragged on far too long and finally tonight, the curtain goes up as some of the best teams in the League tip off what might be the most anticipated season the NBA has ever seen.

Nike and Jordan Brand know this and they know that two of their biggest names are a huge part of that excitement. Yesterday we saw LeBron’s ‘Rise’ ad and today, Jordan Brand has unveiled Dwyane Wade’s alter ego, Agent D3.

If these two ads don’t get you excited to watch each of these guys play ball this year, nothing will. Nike/JB did what it does best, taking two of their superstar athletes and lifting their images up into newer, higher (and maybe more ridiculous) places.

And how apt of a depiction of Chris Bosh and his place in this smorgasbord of talent is his do-it-yourself Funny Or Die vid? It’s the funniest of the three, but you have to wonder as Wade and LeBron were shooting their ads (and undoubtedly talking about them with/around CB4), what was Bosh thinking? Wasn’t part of his move, on some level, about making that leap as well? At least in Toronto Bosh had Nike Canada giving him the superstar treatment. With this, he looks like the eager college intern who suggests keg parties as fundraisers during board meetings with execs.

Anyway, regardless of what we’ve all said, thought, blogged and bitched about this ridiculously stacked team, it’s time to watch them. It’s time for them to win some haters over and to fuel the rest of the haters’ fire.

Plus, just in case you forgot, there are 29 other teams tipping off over the next two days. It’s here, people. Let’s go get it. And by it, I mean your remote, your laptop and your couch.