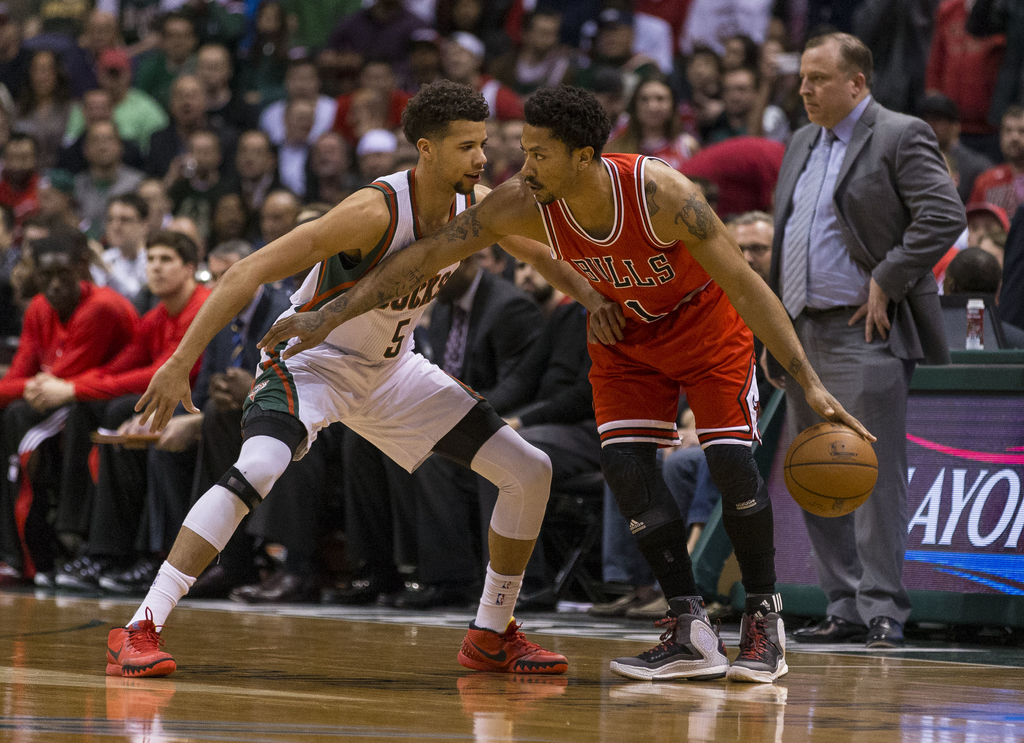 MCW, however, thought better of it and opted for another jersey number to side-step any lingering bad feelings from this summer when the former MVP was unceremoniously shipped to New York.

Carter-Williams says the Bulls didn’t mean to disrespect D-Rose by letting another player rock his old number so soon.

“I said, ‘1,’ and there wasn’t too much discussion,” Carter-Williams said before the Bulls’ 108-104 overtime exhibition loss to the Hornets Monday night at the United Center.

No. 1, as in the number Rose — traded to the Knicks this summer after seven often-volatile seasons with the Bulls — wore for his hometown team. […] The Bulls issued the number to Carter-Williams, who didn’t play against the Hornets but was listed as No. 1 in the game notes distributed to the media.

Though Carter-Williams apparently changed his mind — he told CSN Chicago after the game that he would wear No. 7 to avoid any controversy — the Bulls’ decision to at least initially let him wear No. 1 is a good indication they are putting Rose as far into the rearview mirror as possible. […] “I know this organization respects Derrick Rose,” Carter-Williams said. “It has nothing to do with stepping on anyone’s toes or anything like that. (Rose) was a great player. He did a lot for this city.”

Related
Jerry Reinsdorf: ‘It Was Time’ to Trade Derrick Rose